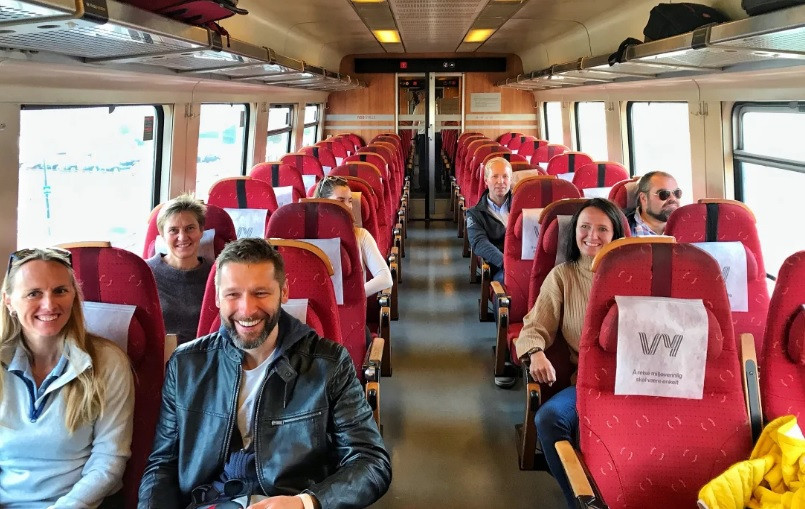 Rail company Vy has signed on as the main sponsor of the inaugural Ski Tour in Norway and Sweden next year.

According to the International Ski Federation (FIS), Vy will help the event reduce its climate footprint by providing trains for the
the athletes between the different locations on the Tour.

"The tour presents new elements in cross-country skiing, such as sprinting uphill in an Alpine skiing arena and a race that will cross the border between Sweden and Norway," said Ola Strömberg, Ski Tour 2020 chairperson and secretary general of the Swedish National Ski Association.

"Quality in sports is central of course but it is also important for us to challenge the way we organise ski races.

"With Vy as main partner, we will guarantee climate friendly transportation for all athletes.

Six legs will be held for men and women as part of the maiden event, beginning with freestyle and pursuit in Östersund in Sweden on February 15 and 16.

Åre will host the third Swedish leg by staging sprint action on February 18, before the Tour crosses to Norway where long-distance mass start competitions will end in Meråker on February 20.

Trondheim will then conclude the Tour with the Norwegian city staging sprint and pursuit on February 22 and 23.

All six legs will also count towards the FIS Cross-Country World Cup season but only results from the six events will be used to crown Ski Tour champions.