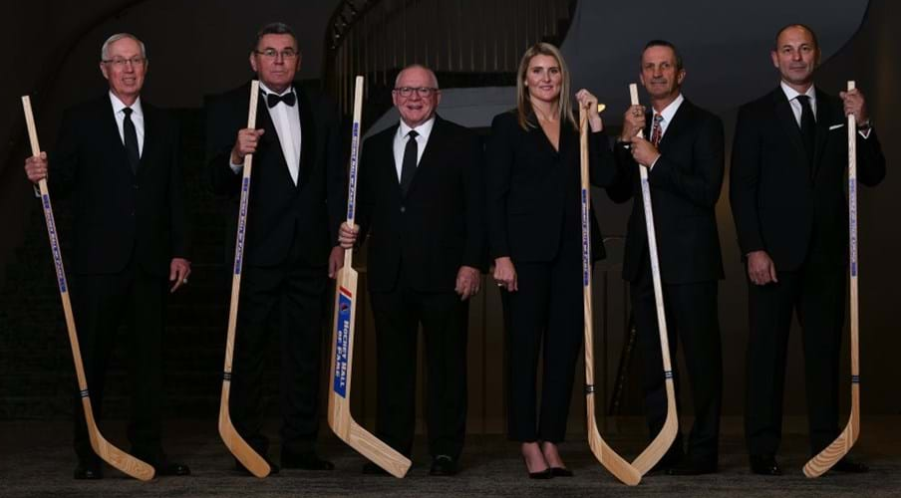 Six new members have taken their places in the Hockey Hall of Fame alongside the legends of the game in a ceremony in Toronto.

They included Hayley Wickenheiser, who has numerous records to her name.

She's the all-time leader in scoring at the Olympic Games and women's worlds and has won more medals than any other women.

Wickenheiser won a record four Olympic golds and was twice named MVP (2002 and 2006), with no female ice hockey player having appeared at more Winter Olympics than her five - she even managed a softball appearance at the Sydney 2000 Summer Games.

She was also Canada's flagbearer at the Opening Ceremony in 2014 and joined the International Olympic Committee's (IOC) Athletes' Commission.

In 2018, Wickenheiser was hired by the Toronto Maple Leafs as assistant director of player development.

"It was not a common thing for a little girl to play hockey in my small town, but my mom and dad believed that a girl could do anything a boy could do," Wickenheiser said.

Vaclav Nedomansk became one of the best hockey players in Czechoslovakia, averaging nearly a goal a game during his pro career.

Internationally he appeared in every tournament for his country between 1965 and 1974, including two Olympics and nine world championships.

Other individuals recognised for their contribution to the sport were Sergei Zubov, Guy Charbonneau, Jim Rutherford and Jerry York.

"For 25 years I have had the honour of coming to Toronto for the Hockey Hall of Fame ceremonies, and during that that time the IIHF and the Hall have had a special relationship."