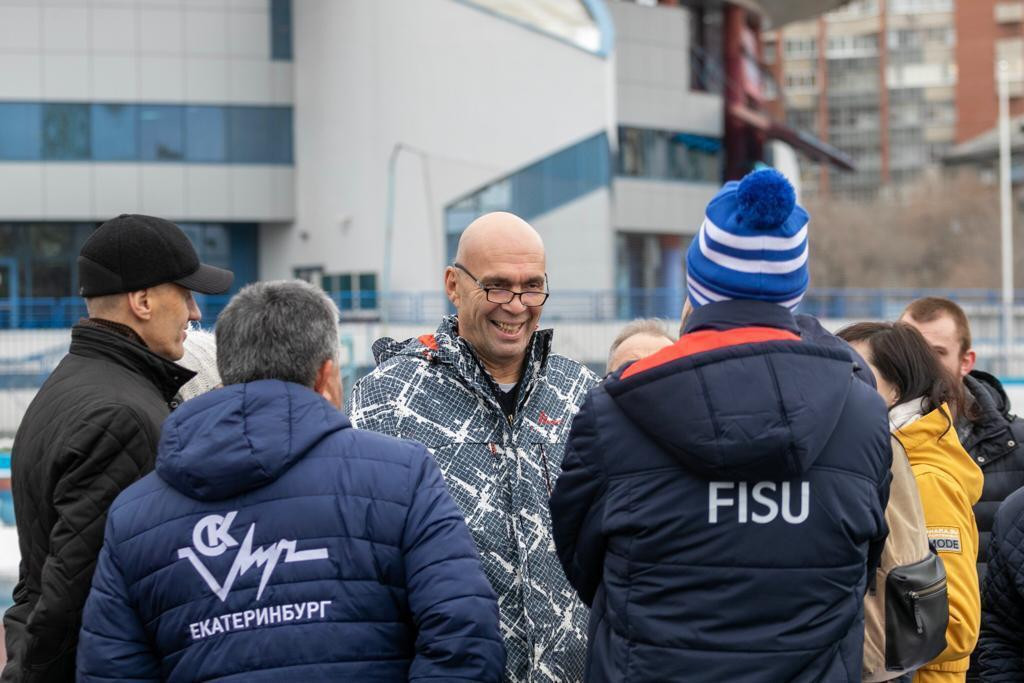 The International University Sports Federation (FISU) has described its second inspection visit to Yekaterinburg, the host city of the 2023 Summer Universiade, as being a success.

The programme of the visit, led by FISU Summer Universiade director Marc Vandenplas, included a check of the SK "Youth" and SK "Dynamo" Sports complexes as well as the Golf Academy complex.

The main attention of FISU representatives, however, was given to the organisation of the Athletes' Village.

The Village is one of the key facilities of a Universiade, serving as a residential and administrative information centre for athletes and delegations during the event.

The visit also included a seminar held at the residence of the Governor of the Sverdlovsk Region, Yevgeny Kuyvashev.

Representatives of all relevant departments and services of Yekaterinburg, a Russian city east of the Ural Mountains, and the Sverdlovsk region took part.

During the seminar, the Athletes' Village concept was described in detail, including what it represents and how it will work.

All the operational activities of the Village were also detailed.

"This information is important for all those who will be involved in organising and hosting the Universiade," Brian Carrer, coordinator of the FISU Summer Universiade department, said.

"Other topical issues related to preparation for the Universiade were also a focus of this meeting and were discussed with the Organising Committee."

Vandenplas added: "We have little time left, only three years and eight months.

"During this period, they [the Organising Committee] need to build the Athletes' Village.

"We suggested organising a seminar and telling them how to design it so that the facility fully meets the requirements of FISU.

The first round of inspections at venues for the 2023 Summer Universiade took place in September.

A team from FISU met the Organising Committee, led by Russian Deputy Prime Minister Olga Golodets, and cast their eyes over the sport and hospitality infrastructure.