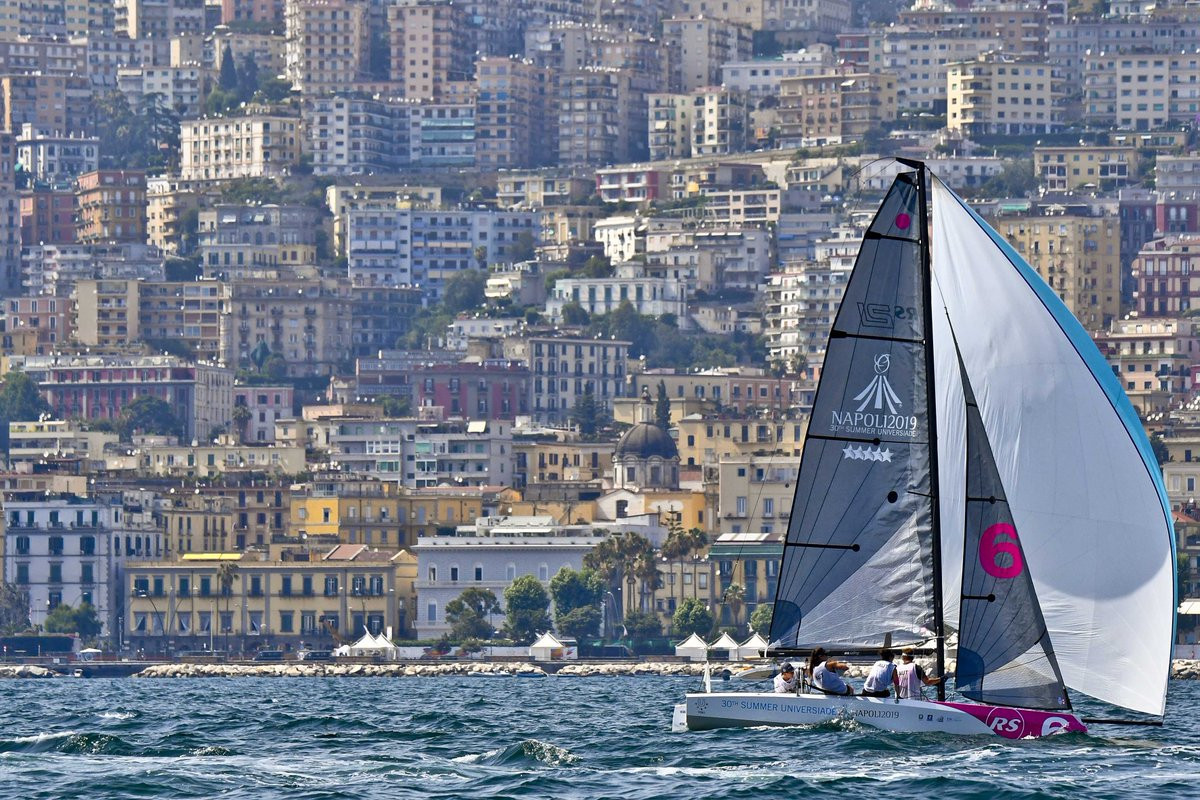 International University Sports Federation (FISU) Sailing Technical Committee chairman Andy Fethers has called for more sailing at the Summer Universiade in a bid to encourage students to continue with the sport.

Naples 2019 is only the fourth time sailing has been included in the Universiade programme after making its debut at Mallorca 1999.

"We would love to see it at Yekaterinburg in 2023," said Fethers, a former Americas Cup sailor.

"What we are trying to address in sailing is the drop-off in participation that we are seeing between the ages of 20 and 30.

"We are trying to attach universities to sailing clubs.

"The sport makes great demands in terms of time.

"It’s a long day for our athletes, I went to the basketball last night and it’s a one-hour match.

"Our athletes are on the water for eight hours, they might do five or six races at a time.

"We have 16 teams and eight boats so every race, teams come off, it’s a long day for the competitors but that’s the nature of our sport."

There is arguably no more spectacular venue at the Universiade than the Bay of Naples, where Mount Vesuvius provides the backdrop.

"We did one of the Americas Cup World Series here, so I had a good proof point that I knew the footage was going to be absolutely fantastic," Fethers said.

"We have worked really hard with the Italian federation and with FISU.

"We have put the racing on the east course, a great backdrop that includes the old fortress and the island of Capri."

FISU television commentator Alec Wilkinson has been going through the technical checks for tomorrow's televised medal race at the venue's Press Centre, located at the Circolo del Remo e della Vela Italia, which dates back to 1889.

"This is such a spectacular venue with the backdrop of the harbour and Mount Vesuvius," said Wilkinson, who has covered Americas Cup and Olympic events.

The Bay was also used for the Rome 1960 Olympic sailing regatta.

Among the gold medalists were the great Danish sailor Paul Elvstrom and Prince Constantine, who later became King of the Hellenes.

In sailing, it is possible to get close to the action out on the water.

A daily briefing of crews and coaches ensures everybody knows where non-competition boats are permitted and where not.

The class used here is the RS 21 keelboat.

"We looked at the geography of the world and we really wanted to have gender equality in our sailing here at university level," Fethers said.

"We have identified there is a lot of four-person keelboat.

"We needed a boat that was going to fit into a 300 kilograms weight range for two males and two females.

"We hope our cohort of university sailors have Olympic aspirations."

One such is Finland’s helmsman Oskari Muhonen, who already races at world level.

If he qualifies for the Tokyo 2020 Olympic Games, a Finn could win gold in the Finn.

If he does have Olympic success, he would follow in the footsteps of Sime Fantela of Croatia, who struck gold at the 2005 Universiade in Turkey and won Olympic gold at Rio 2016.

Finland are among the eight crews who go in the medal race but the Australians have been consistent throughout the series so far and qualified for the final with the lowest average score.

The sailing final is set to take place tomorrow after four days of qualifying.