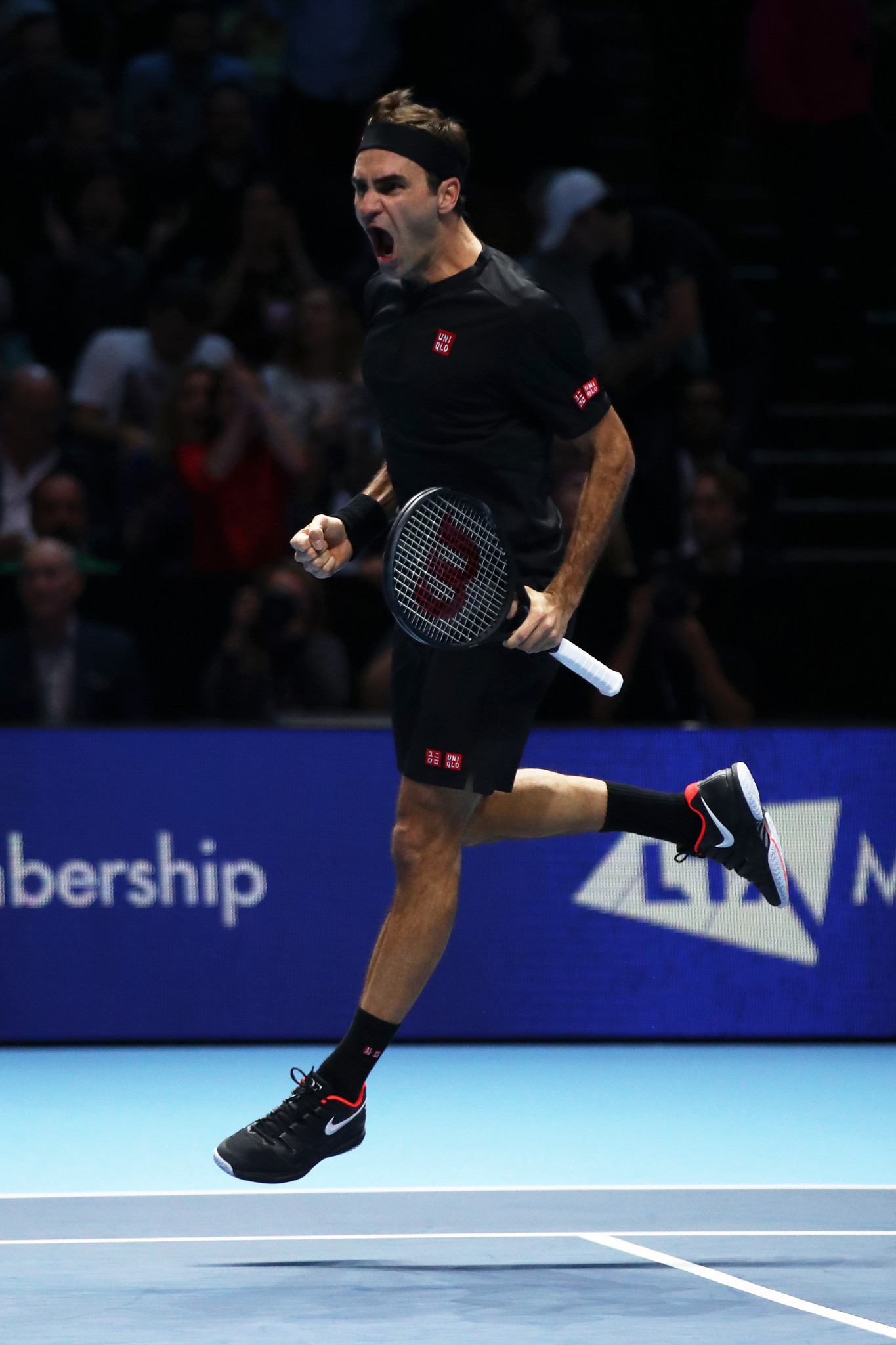 Roger Federer reached the last four of the Association of Tennis Professionals (ATP) Finals for the 16th time after beating Novak Djokovic in straight sets to advance out of the Björn Borg group in London.

The third-seeded Swiss was in sensational form as he triumphed 6-4, 6-3 at the O2 Arena, eliminating his illustrious opponent from the season-ending tournament in the process.

Defeat for Djokovic also means Rafael Nadal is guaranteed to finish as the year-end world number one, with the Serb's hopes of achieving the feat for a record-tying sixth time over.

He needed to win the title to have a chance of knocking Nadal off the top spot, but now the Spaniard is guaranteed his fifth year-end number one finish, moving him with level with Federer, Djokovic and American Jimmy Connors.

Federer is set face the winner of the Andre Agassi group in the semi-finals on Saturday (November 16).

The 38-year-old is making his 17th appearance at the ATP Finals and has reached the penultimate round on every occasion, with the exception of 2008.

He defeated Djokovic for the first time since the round-robin stage of the 2015 ATP Finals.

"Just a night I enjoyed from the beginning," Federer, the six-time champion at the event, said.

"I played incredible, and I knew I had to because that’s what Novak does and I was able to produce.

"So it was definitely magical."

Berrettini made history by becoming the first Italian to win a singles match at the ATP Finals.

"I’m really proud of myself, but more for my team, my family, my friends," Berrettini, who lost to Djokovic and Federer in his two other matches, said.

"It’s been an unbelievable season.

"I didn’t expect to be here at the beginning of the season.

"I hope to come back here next year."

Thiem had already qualified for the semi-finals after recording victories over Federer and Djokovic.

Action in the Andre Agassi group is due to conclude tomorrow with Nadal facing Greece's Stefanos Tsitsipas and defending champion Alexander Zverev of Germany going up against Russia's Daniil Medvedev.