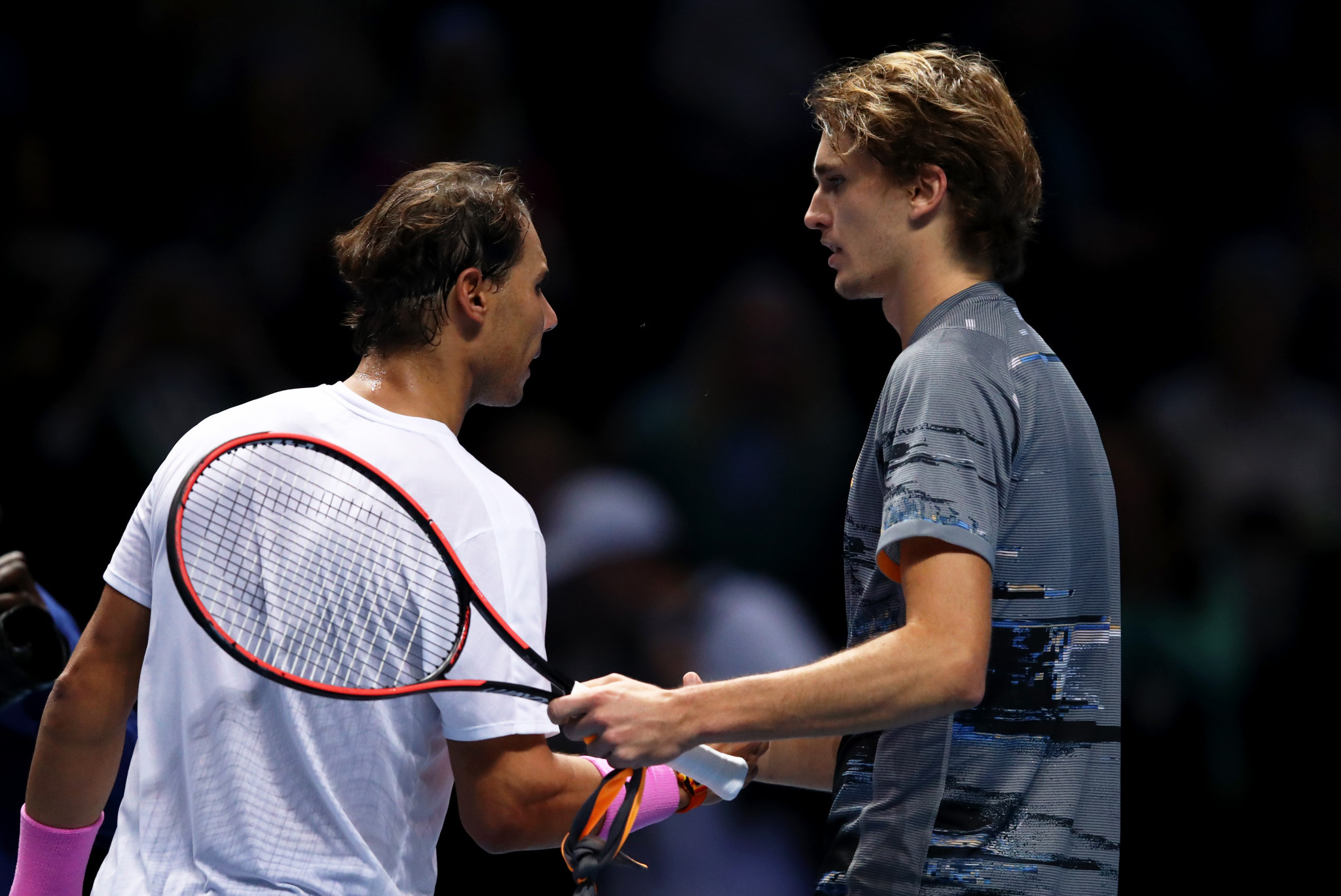 Germany's Alexander Zverev began the defence of his Association of Tennis Professionals (ATP) Finals title with an impressive straight-sets win over Rafael Nadal in London tonight.

Defeat for Nadal damages his bid to end the year as world number one.

The Spaniard was a fitness doubt before the season-ending event with an abdominal injury.

He had never lost to Zverev in five previous meetings but was comprehensively outplayed today, failing to muster a single break point in the entire match.

In today's earlier match in the Andre Agassi group, sixth-seeded Greek Stefanos Tsitsipas broke through with his maiden victory against fourth seed Daniil Medvedev of Russia.

Tsitsipas, the youngest player in the tournament, stepped up in critical moments to prevail 7-6, 6-4 as both players made their debut at the competition.

"I watched this event when it was first held in London," said Tsitsipas.

"I used to watch it on TV and dream of potentially playing it.

"It’s such an important event and pure joy to play here.

"It’s been a long way to come here, so I’m really grateful for all of the people who believed in me.

Action in the Björn Borg group resumes tomorrow with second-seeded Serbian Novak Djokovic, who can overtake Nadal at the top of the world rankings this week, facing Austria's Dominic Thiem and Swiss legend Roger Federer, the third seed, going up against Italy's Matteo Berrettini.

The top two players in each group after the round-robin stage progress to the semi-finals on Saturday (November 16).