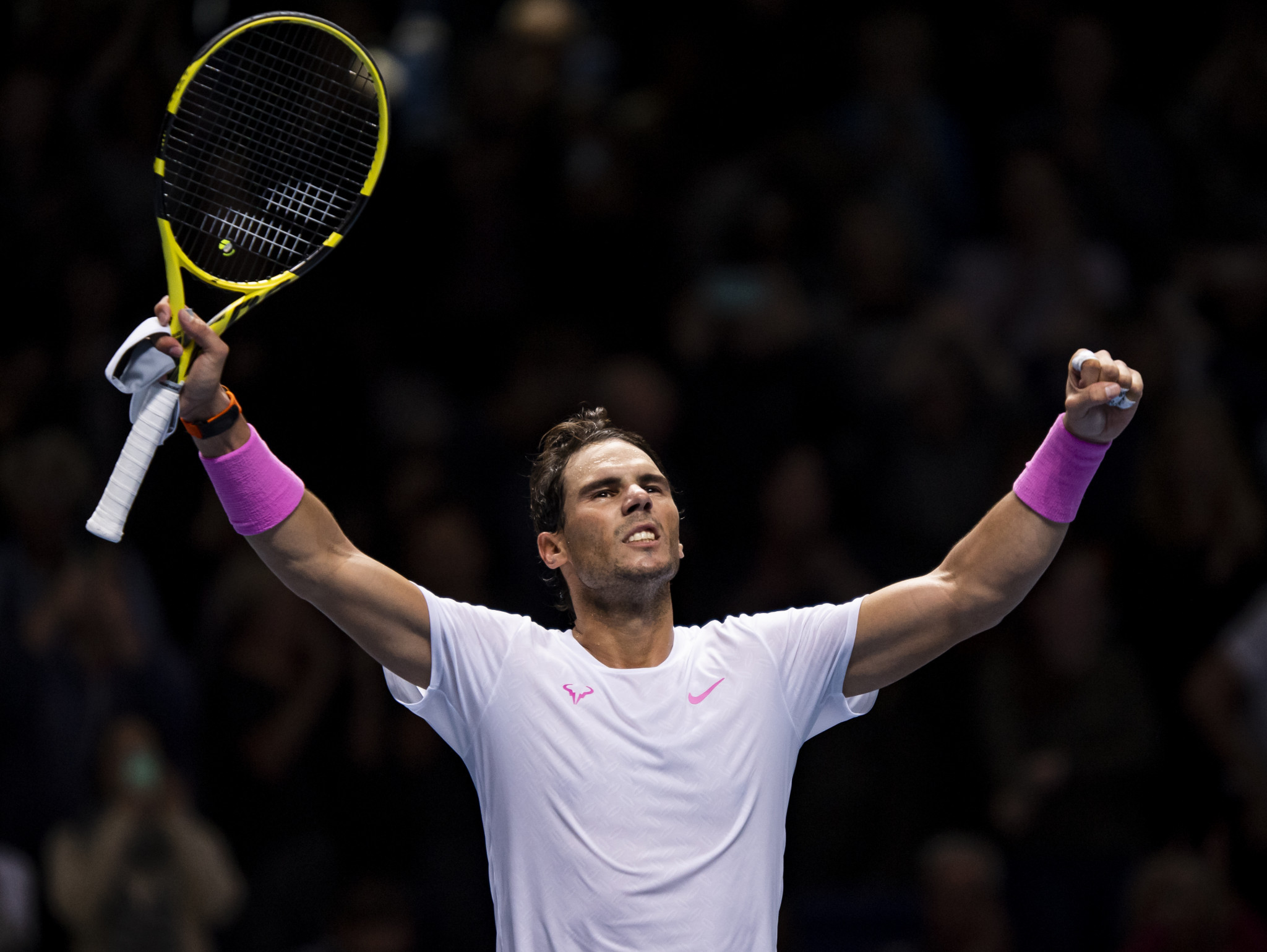 Rafael Nadal fought back from match point down to complete an incredible come-from-behind win over Russia's Daniil Medvedev at the Association of Tennis Professionals (ATP) Finals in London today.

Nadal, looking to finish as year-end number one in the ATP Rankings for the fifth time, could have been eliminated with defeat but overcame the fourth seed 6-7, 6-3, 7-6 in the Andre Agassi group at the O2 Arena.

Down 5-1 in the third set, the Spaniard bravely saved a match point with a delicate drop shot before producing a sensational comeback.

"I’ve been super lucky," Nadal, whose last meeting with Medvedev was his US Open final triumph in September, said.

"He was playing much better than me in the third set.

Nadal's victory came prior to Greece's Stefanos Tsitsipas booking his place in the semi-finals with a 6-3, 6-2 win over defending champion Alexander Zverev of Germany.

Tsitsipas, making his debut at the event, was is dominant form as he successfully followed up his win over Medvedev on Monday (November 11).

Nadal must beat the 21-year-old Greek on Friday (November 15) to have a chance of progressing through to the last four.

He also needs Medvedev to defeat Zverev in their match.

Nadal's win also means that Novak Djokovic must take the ATP Finals title if he wishes to have a chance of finishing as year-end number one for a record-tying sixth time.

Even if the Serb is the last man standing in London, Nadal will finish as year-end number one for a fifth time if he advances to the final.

Djokovic plays Swiss legend Roger Federer tomorrow in the Björn Borg group, with the winner progressing to the last four and the loser eliminated.

The other match pits Austria's Dominic Thiem, who qualified for the semi-finals yesterday, against already-eliminated Matteo Berrettini of Italy.