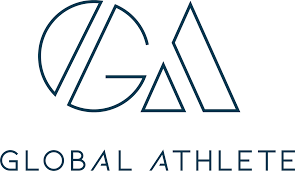 Global Athlete, the athlete-led movement for change, has pledged its support to the Rodchenkov Anti-Doping Act (RADA), as it looks to pass through the United States Congress.

Introduced in both the US House of Representatives and US Senate, the RADA, which aims to criminalise international doping fraud conspiracies, has been endorsed by major stakeholders in the American and international anti-doping and sport landscape.

These include the National Football League, Major League Baseball, National Hockey League, US Anti-Doping Agency, US Olympic and Paralympic Committee (USOPC), USOPC Athletes' Advisory Council, FairSport, TRACE International and a number of the leading National Governing Bodies in the US.

Global Athlete director general Rob Koehler, together with members of the Global Athlete Start-Up Group, stated: "The Rodchenkov Anti-Doping Act comes at a crucial time for the international fight against doping in sport.

"The Russian doping fraud scandal shook the very foundations of the global anti-doping system and the problem shows no signs of stopping.

"Most recently, at the Nordic World Ski Championships, yet another doping ring was uncovered by law enforcement – greater deterrents are needed.

"There are countless examples of US athletes who have been defrauded by international doping fraud conspiracies.

"Fully compatible with the UNESCO Convention Against Doping in Sport and the World Anti-Doping Code, the RADA greatly enhances the fight against doping by creating additional legal tools to help guard against the type of behaviour discovered in the Russian doping scandal.

"In addition, criminalising this Act will provide doping whistleblowers the same protections that are given to whistleblowers of other serious crimes.

"The Act also provides for restitution to athletes and others who may have been defrauded by these individuals.

"Importantly, the bill excludes criminalising the conduct of athletes, recognising that the focus must be on the support personnel, corrupt administrators, criminal traffickers and those others who perpetuate doping networks."

Global Athlete has written to representatives of the House Judiciary Committee, including chairman Jerold Nadler and ranking member Doug Collins, to pledge its endorsement of RADA.

Senators from the Democrats and Republicans introduced the RADA in the House and the Senate in January.

In a rare show of bi-partisan support for legislation in the American system, Democrat Sheldon Whitehouse and Republican Roger Wicker were among those to introduce the Act.

It is claimed athletes and other persons who are victims of doping conspiracies shall be entitled to mandatory restitution for losses inflicted upon them by fraudsters and conspirators.

The introduction of the bill in the House and the Senate came after the World Anti-Doping Agency (WADA) refused to impose any sanction on Russia, despite the country failing to meet a December 31 deadline to hand over data from the Moscow Laboratory.

WADA gained access to the Moscow Laboratory on January 10 and retrieved all the data required, and is now in the process of using that to bring cases against those who cheated.

In July, WADA announced that it had identified 300 athletes with the most suspicious data recovered from the Moscow Laboratory and had sent evidentiary packages on 43 competitors to the relevant world governing bodies.

The International Olympic Committee has publicly criticised the Act, claiming it could put all athletes under the US criminal code.