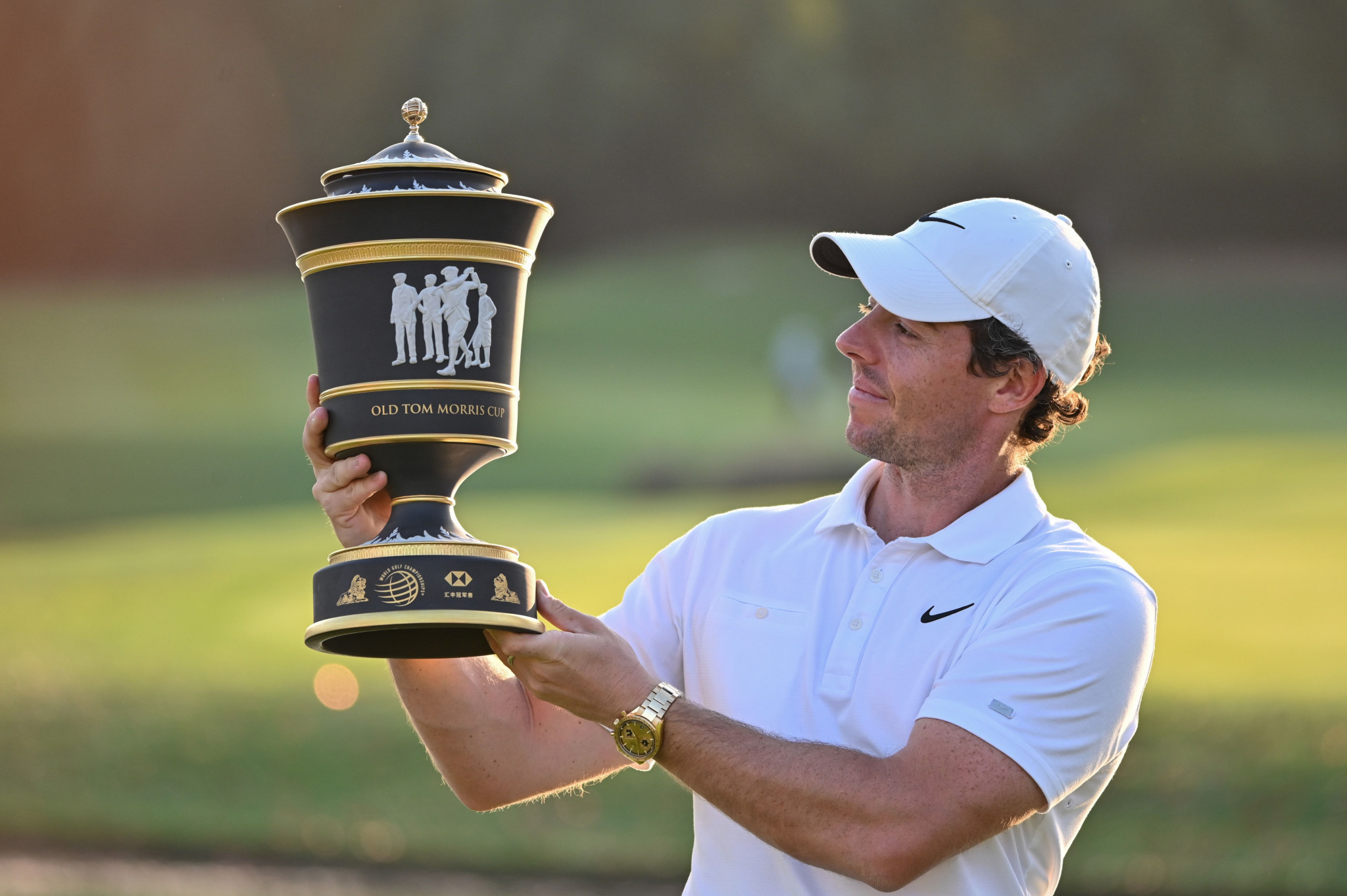 McIlroy birdied the first playoff hole to dethrone the American, who could only manage par.

The four-time major winner. who led overnight at Sheshan Golf Club, and Schauffele finished the final round level on 19-under-par.

Schauffele holed a six-foot putt for birdie on the 18th to end the day with a six-under-par 66 and force a play-off with McIlroy.

The Northern Irishman carded a four-under 68 in his final round and had the chance to seal victory outright but could only par the 18th hole after missing a 25-footer.

"I got lucky in regulation not to go in the water and then it was a relief to hit those two shots in the play-off," McIlroy said.

"It was a perfect [yardage] for a four-iron back into the wind a little bit.

"You've got to take everything else out of the equation and just hit the shot."

South African Louis Oosthuizen was two shots off the lead on 17-under, while Austria's Matthias Schwab, Victor Perez of France and Abraham Ancer of Mexico were two further adrift on 15-under.

Matthew Fitzpatrick of England, who led after the second round, finished fifth on 14-under.