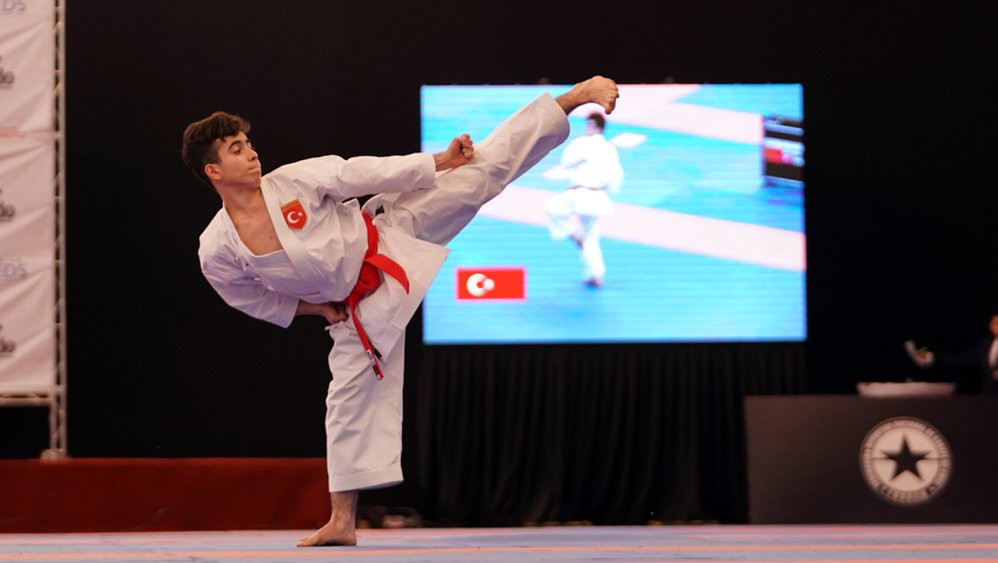 Turkish and Italian karatekas earned two titles each on the opening day of the World Karate Federation (WKF) Cadet, Junior and Under-21 Championships in Santiago.

With competition going ahead despite ongoing social unrest in the Chilean capital, Furkan Kaynar claimed Turkey's first gold medal of the day at the Polideportivo Estadio Nacional.

He topped the podium in the cadet male kata, scoring 25.06 points.

Mohamed Hussein Hussein of Egypt was second with 24.86, while Rauan Amantaiuly of Kazakhstan and Fernando Zambrano of Venezuela finished third.

Sakura Alforte of the Philippines and Funda Celo of Austria were bronze medallists.

Damla Su Turemen was not as fortunate as her compatriots in the cadet female kata, finishing second with 24.54 to Sonia Inzoli of Italy on 24.88.

Azahara Perez Alvez of Spain and Isra Celo of Austria completed the podium.

Italy then had a second gold when Alessio Ghinami upset Enes Ozdemir of Turkey in the junior male kata final.

Marta Garcia Lozano of Spain was the victor in the under-21 female kata with 24.26, beating Carola Casale of Italy on 23.92.

Bronze went to Aya En-Nesyry of Morocco and Taily Helvetia of France.

In the last final of the day, Rey Chinen of the United States prevailed in the under-21 male kata with 24.6 points.