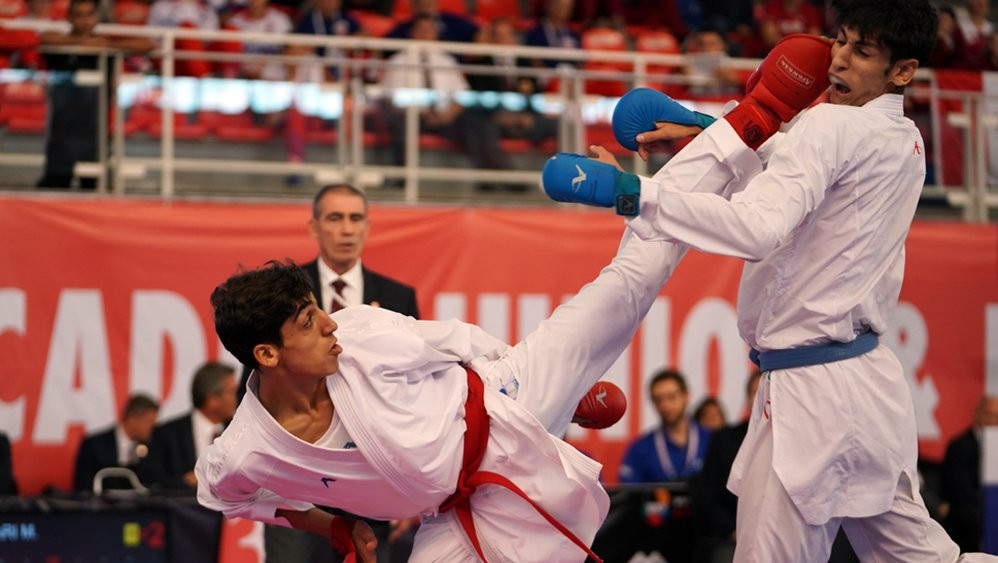 Turkey and Jordan earned two golds each at the World Karate Federation (WKF) Cadet, Junior and Under-21 World Championships in Santiago, following assurances from the government amid continuing unrest in the Chilean capital.

Before the action got underway in the Polideportivo Estadio Nacional, WKF President Antonio Espinós met with Chilean Minister of Sports Pauline Kantor, and received confirmation from authorities that "the best conditions for the development of the event were guaranteed".

Espinós, who was accompanied by Chilean Karate Federation President María Angélica Coronil, commented: "Mrs Kantor shared with us the intention of the Chilean government of providing the best conditions for the event.

"We were informed that this tournament is the only sporting event being held in Chile this week.

"This shows the importance of our Championships."

Meanwhile, as cadet competition came to the fore, Turkey, who had won two golds on the opening day, added a further couple.

Ethan Small produced a late yuko to earn a 1-0 win over Ibrahim Shamoun of Jordan in the cadet male kumite +70kg, thus becoming the first Canadian to win a cadet world title.