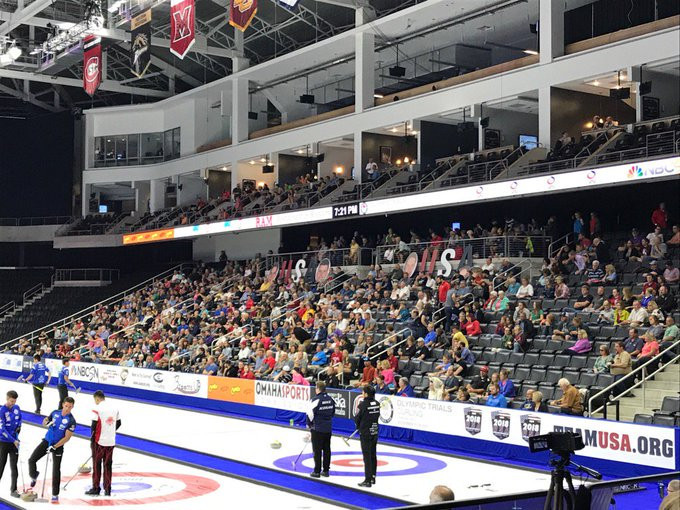 Omaha has been chosen to host the United States Olympic team trials for the 2022 Winter OIympic Games in Beijing.

The United States Curling Association said the event would be held at the University of Nebraska-Omaha's Baxter Arena in November 2021.

It marks the second consecutive Olympic curling trials to take place at the 7,800-seat venue, which played host in November 2017.

The Omaha Sports Commission (OSC), in partnership with the Aksarben Curling Club, will stage the event in two years.

"The relationships and trust we have built with United States Olympic and Paralympic Committee national governing bodies such as USA Curling have been key to being selected as the host city for trials events.

"The 2022 US Olympic trials for curling provides Omaha another chance to demonstrate our amazing community support through sport development, sponsorships and ticket sales.

"We look forward to a great event as USA Curling teams are selected to compete in the Olympic Games Beijing 2022.”

A record 22,000 fans attended the US Olympic curling trials for the 2018 Winter Olympics in Pyeongchang.

According to the OSC, the event generated over $2 million (£1.6 million/€1.8 million) for the city of Omaha.

"The return of trials to Omaha is exciting both for competitors and the great fans that come out to support curling," said Olympic gold medallist John Shuster.

"Between the 2018 Olympic trials and the World Cup, curlers really enjoyed their time there, and I think the people of Omaha are really starting to get more into curling.