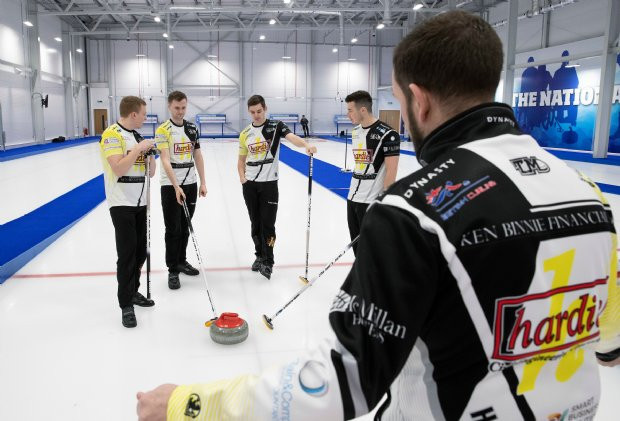 British Curling have announced the recruitment of three new coaches to their elite programme in preparation for the 2022 Winter Olympics in Beijing.

Hannah will continue working as a coach with Bruce Mouat's rink, who he has won back-to-back Scottish titles with and gold at last year's European Curling Championships.

He also prepared Team Mouat for their first World Championship appearance in Las Vegas last year, where they won bronze.

Hannah said: "It is a great privilege to have been appointed a full-time performance coach to the British Curling programme.

"I am fortunate to have been able to move my passion for coaching from a hobby into a career.

"It is exciting times for the newly-formed coaching team and I look forward to working together with all of the other coaches and support staff as we collectively push forward to create a world class, coach led and athlete centered performance programme.

"I am especially looking forward to continuing the fantastic journey with Team Mouat, with our first objective to defend the excellent European title won last season.

"The fantastic opportunities keep coming as we strive towards representing Scotland at the World Championships in Glasgow in March 2020, something we all want to be part of."

Olympic silver medallist Drummond is one of the first full-time athletes to have entered the British Curling coaching ranks.

Drummond will work with the newest Olympic discipline, mixed doubles, having previously coached the British men's team to bronze at the Universiade in Krasnoyarsk earlier this year.

"I am delighted to be able to continue working with the high performance programme," said Drummond.

"Together with the wider coaching team, we have an opportunity to not only contribute to the successes of our current athletes, but also to ensure that our future athletes have a programme that they aspire to be part of.

"Working with the team for the season ahead is an exciting project as they look to build on an impressive first season together."

Aitken has worked as a technical and team coach in his spare time for the past ten years, linking up with the junior men and women, ladies, mixed doubles and seniors at national and international level.

He has coached Scottish teams at nine World Championships.

He said: "As a passionate lifelong curler and coach, I am relishing this opportunity to work in a full-time coaching role and contributing to the success of Scottish and British teams."