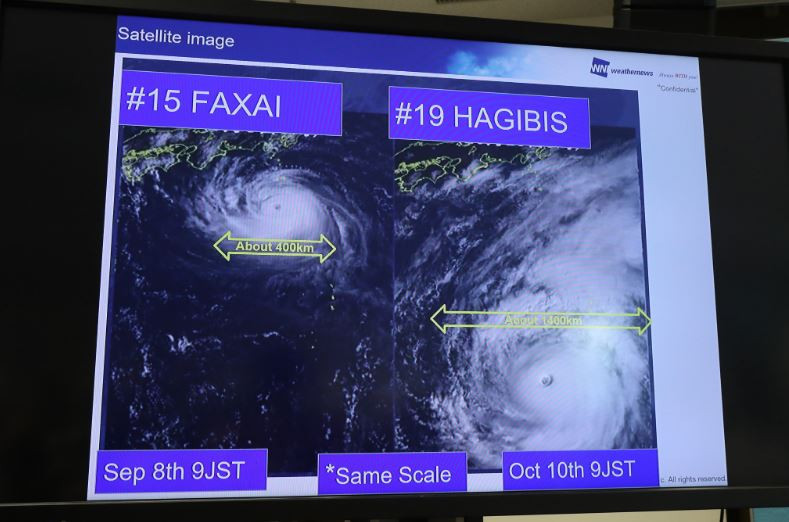 The impending threat of Typhoon Hagibis has caused Tokyo 2020 organisers to bring forward to tomorrow the BMX cycling test event due to have taken place over the weekend.

The violent typhoon, which meteorologists predict will pass over Tokyo on Saturday (October 12), has already caused the cancellation of two matches at the Rugby World Cup in Japan.

Tokyo 2020 organisers announced the "Ready Steady Tokyo - BMX event" - scheduled for the Ariake Urban Sports Park on Saturday and Sunday (October 13) would now take place in its entirety tomorrow "due to the influence of the typhoon".

The International Cycling Union (UCI) said there are two days of practice for riders on Monday and Tuesday, but the impact of the typhoon will be assessed.

“The updated schedule was planned by the UCI in conjunction with the local organising committee in order to give riders and teams the opportunity to train and race the course," said Louis Chenaille, UCI press officer.

"There is due to be two days of free practice on Monday and Tuesday – but damage from the typhoon will be assessed prior to a decision on whether this can go ahead as planned.”

World Rugby has already called off England's Pool C decider against France and New Zealand's Pool B match against Italy, due to be played this weekend, citing safety concerns.

Scotland's hopes of reaching the quarter-finals in Japan are also in jeopardy, with a decision still to be taken on whether their game against the hosts will go ahead on Sunday.

Isaac Hankes, weather research analyst at Refinitiv said: "World Rugby’s decision to cancel England versus France is not surprising given similarities to the recent Typhoon Faxai which hit near Tokyo on September 9 and resulted in the Australian rugby team having to delay travel plans.

"Faxai made landfall at a comparable intensity to the forecasts for Hagibis and resulted in widespread power outages across the region.

"There is a very strong possibility for disruption to the Japanese Formula One Grand Prix at Suzuka.

"The event was affected by typhoons in 2004 and 2010 which caused qualifying to be postponed.

"Hagibis is much stronger and in a higher category compared to the 2004 and 2010 typhoons and so it's touch and go whether Sunday could also be a wash-out.

"There is a still a possibility that there will be a shift in the forecast away from land - something that we’ll be monitoring and organisers and fans will be crossing their fingers for."

A total of 50 men and 45 women from 24 countries are due to compete in the BMX Olympic test event.