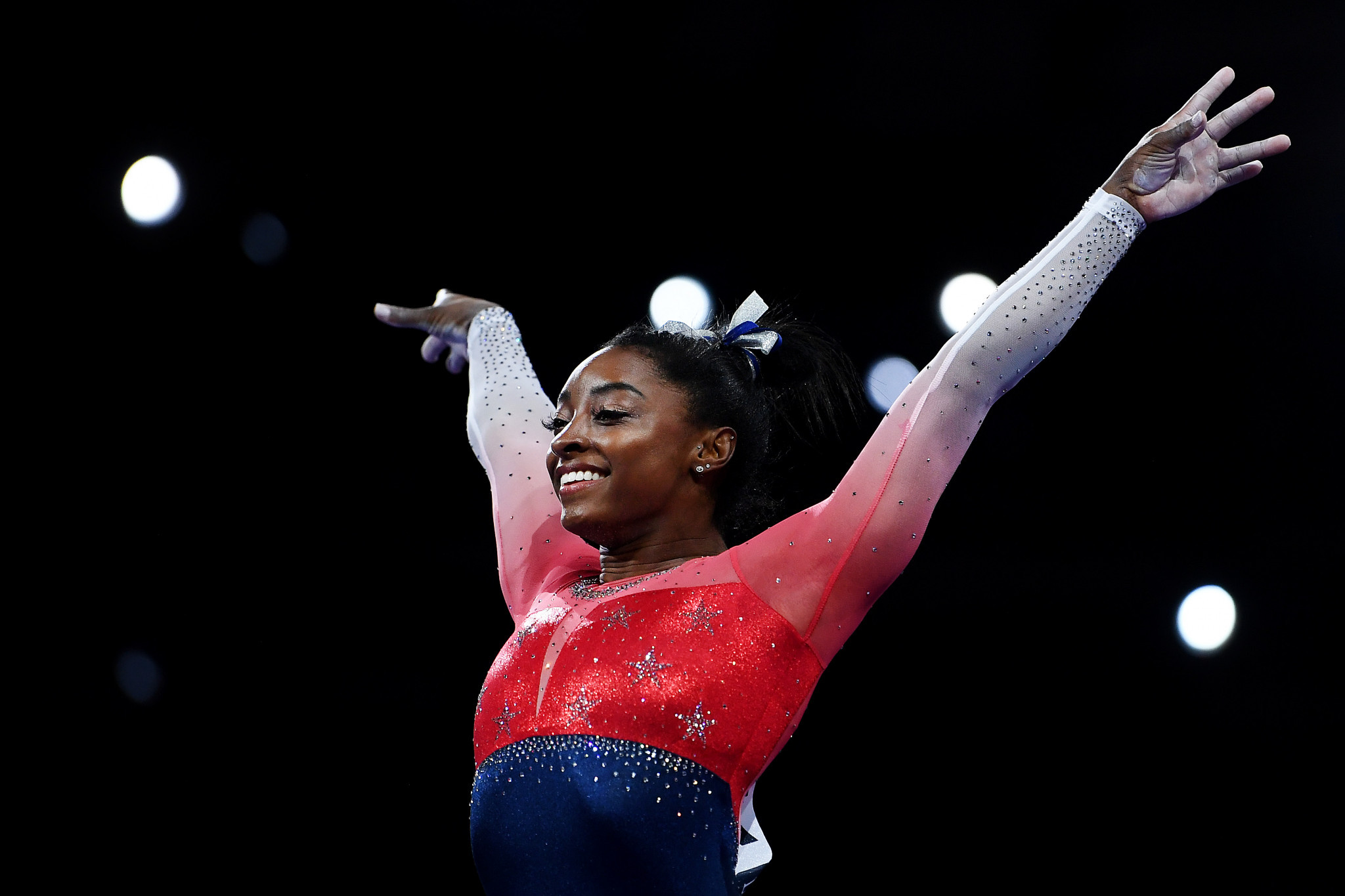 The four-time Olympic champion was in scintillating form as she secured a 21st World Championship medal, moving ahead of Russian gymnast Svetlana Khorkina on 20 titles.

At Hanns-Martin-Schleyer-Halle, Biles opened her team final account with a score of 15.400 points on vault, before amassing 14.600 on the uneven bars.

Grace McCallum scored a lowly 12.966 on the uneven bars as several countries faltered in the second round of rotations, but alongside Sunisa Lee and Kara Eaker on beam, Biles steadied the ship, collecting 14.433 points.

The US title was never really threatened, with the Chinese and Russian teams coming undone with several below-par performances.

Liu Tingting fell off the uneven bars twice as she collected just 11.900 points for China, while scores of 12.166 and 12.566 from Anastasiia Agafonova and Lilia Akhaimova contributed to a disappointing beam for the Russian team.

Biles' victory was confirmed in the fourth rotation when she amassed 15.333 points for a stunning floor routine as the US topped the medal rostrum with 172.330 points.

A resurgent Russian team salvaged a silver medal on 166.529 points, as Agafonova, Daria Spiridonova and Angelina Melnikova grabbed a collective 43.665 points on the uneven bars.

TEAM FINAL WIN...
*
*
*
*
Oh, and @Simone_Biles takes the 👑 for the most decorated woman in world champs history. #Stuttgart2019 pic.twitter.com/ngDxBpfZsB

Italy qualified for the final by just 0.024 points on Saturday (October 5), but capitalised on Chinese errors to grab a bronze medal.

Desiree Carofiglio netted 13.333 points on beam to secure bronze as they finished on 164.796 points.

China could not make amends for their failures on beam, collecting a total of 164.230.

The American will bid for a further five medals in Stuttgart, taking on the all-around final on Thursday (October 10) before appearing in all four apparatus finals - vault, beam, uneven bars and floor – this weekend.

The Championships continue tomorrow with the men's team final.