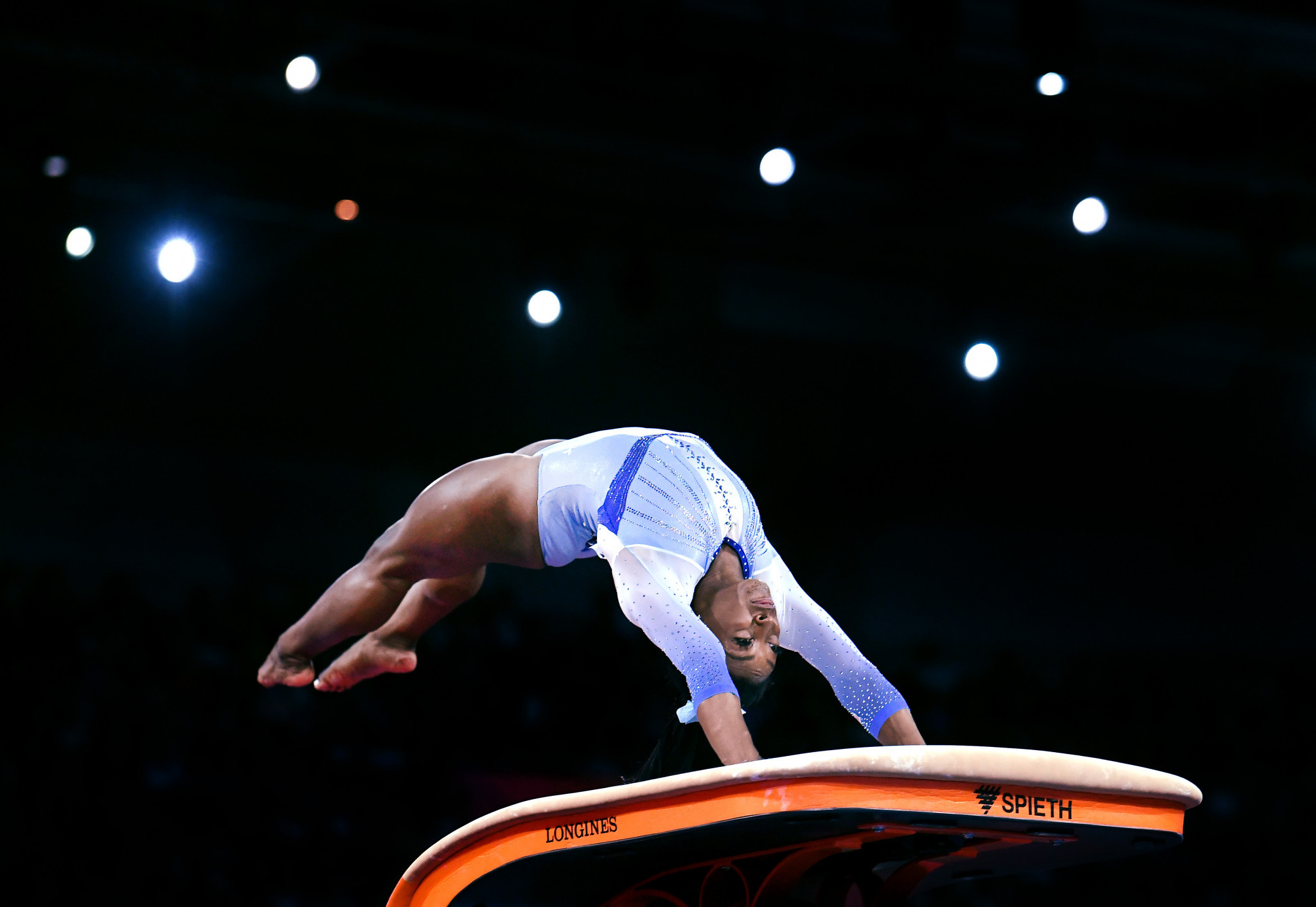 Simone Biles topped the women's all-around qualification standings at the Artistic Gymnastics World Championships as the United States’ eased to the first place in the team event in Stuttgart.

Team qualification continued at the Hanns-Martin-Schleyer-Halle, with Biles unsurprisingly proving the star performer.

Biles achieved an overall score of 59.432 points to head the leaderboard, with the Rio 2016 all-around champion having managed 15.066 on the vault.

She produced the triple-twisting double back element on the floor to score 14.833 points, while also have the skill named after her.

The US topped the team qualification standings with a score of 174.605 points.

The three teams had already qualified for next year's Olympic Games in Tokyo following their performances at last year’s World Championships in Doha.

France and Canada led the way by placing fourth and fifth.

The World Championships are now set to focus on men’s qualification for the next two days.