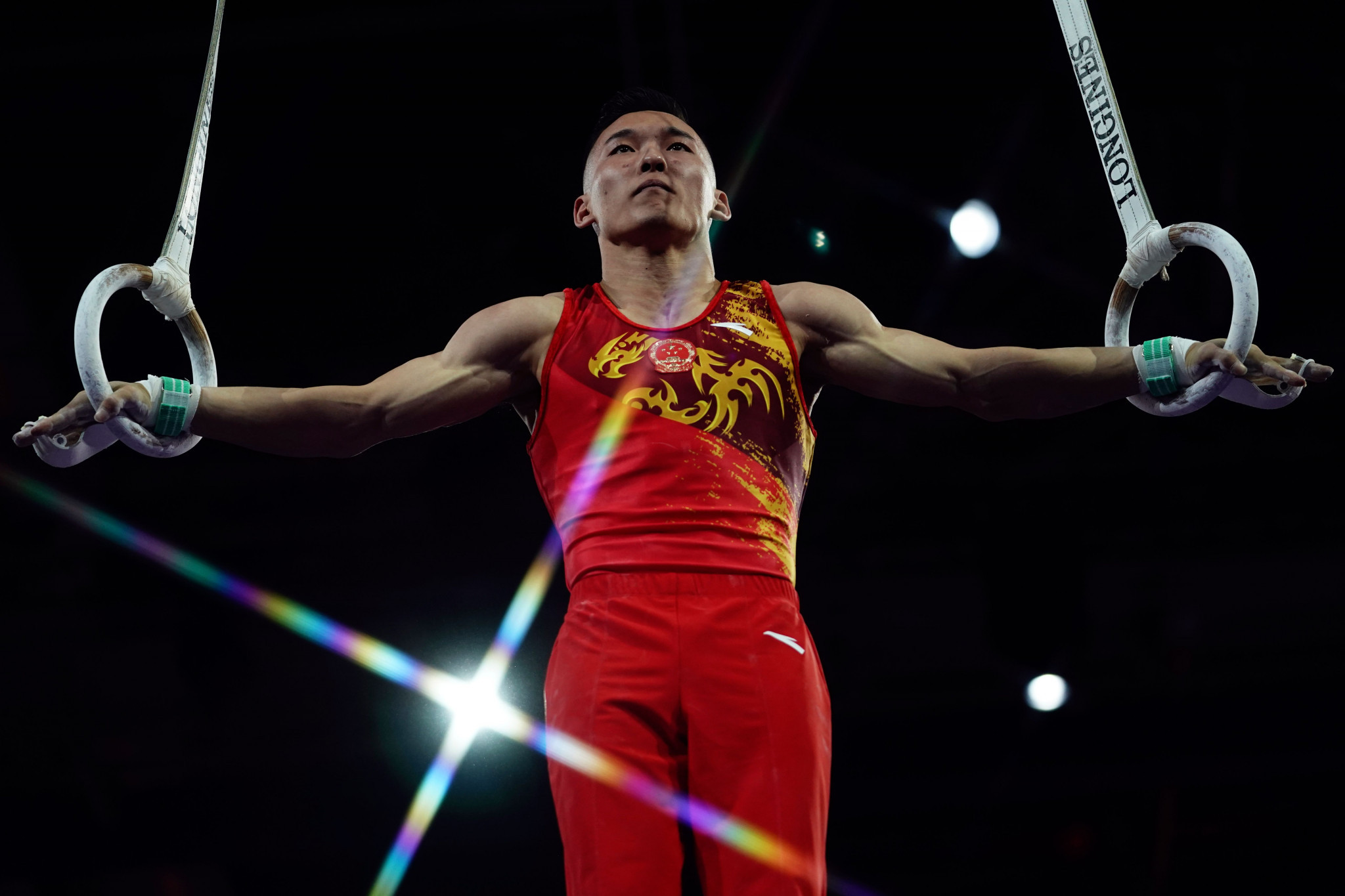 China and Japan were unable to match the high-level set by Russia in qualifying for the International Gymnastics Federation (FIG) Artistic Gymnastics World Championships men's all-around team final in Stuttgart.

Led by European champion Nikita Nagornyy, Russia had set the bar at 259.928 points after yesterday's first four subdivisions of qualifying.

At Hanns-Martin-Schleyer-Halle in the German city, China and Japan had to settle for second and third, their teams totalling 258.324 and 258.026 points respectively.

The three nations will be expected to fill the medal positions on Wednesday (October 9), with Ukraine the best of the rest, five points adrift.

Xiao Ruoteng scored 14.966 on the parallel bars and 14.766 on vault to qualify third in the individual all-around standings.

Nagornyy and compatriot Artur Dalaloyan lead the way with 87.333 and 86.531 points respectively, with Xiao collecting 85.831 points.

With Olympic qualification on the line for the top nine finishers Ukraine, Britain, Switzerland, the United States and Chinese Taipei all secured their tickets to Tokyo.

WE’VE QUALIFIED A TEAM TO THE OLYMPICS BABY!!! What a Competition that was! I’m GASSED, A true team effort!! GASSED!!! Thankyou for everyone’s support!! #LIGHTWORK!!!!! pic.twitter.com/woQfPZSbS2

Also qualifying are South Korea, Brazil, Spain and Germany, having finished ninth, 10th, 11th and 12th, owing to the fact Russia, Japan and China had already qualified for the Olympics.

Two-time Olympian Sam Mikulak suffered three falls from his first two apparatus but still helped the US managed to progress to the team final in seventh position with a 14.866 score on the horizontal bar.

The two gymnasts per country rule in all individual events saw three gymnasts taken out of the standings, leaving Mikulak as the 24th-ranked of 24 gymnasts who advance.

Petro Pakhniuk topped the parallel bars qualifying on 15.0333 points and backed it up with a vault of 14.500 points as Ukraine collected 253.528 points.

Britain's Max Whitlock scored 15.266 to top the pommel horse rankings, as Dolgopyat Artem from Israel put together the best floor routine to score 15.033.

İbrahim Çolak of Turkey was the best on rings to top score on 14.858 and South Korea's Yang Hak-seon scored 14.933 to lead the vault qualification.

Pakhniuk and German Lukas Dauser both scored 15.033 on the parallel bars as Tang Chia-Hung of Chinese Taipei led the way on the horizontal bar with 14.933.

The men's individual apparatus finals will be held between Saturday (October 13) and Sunday.