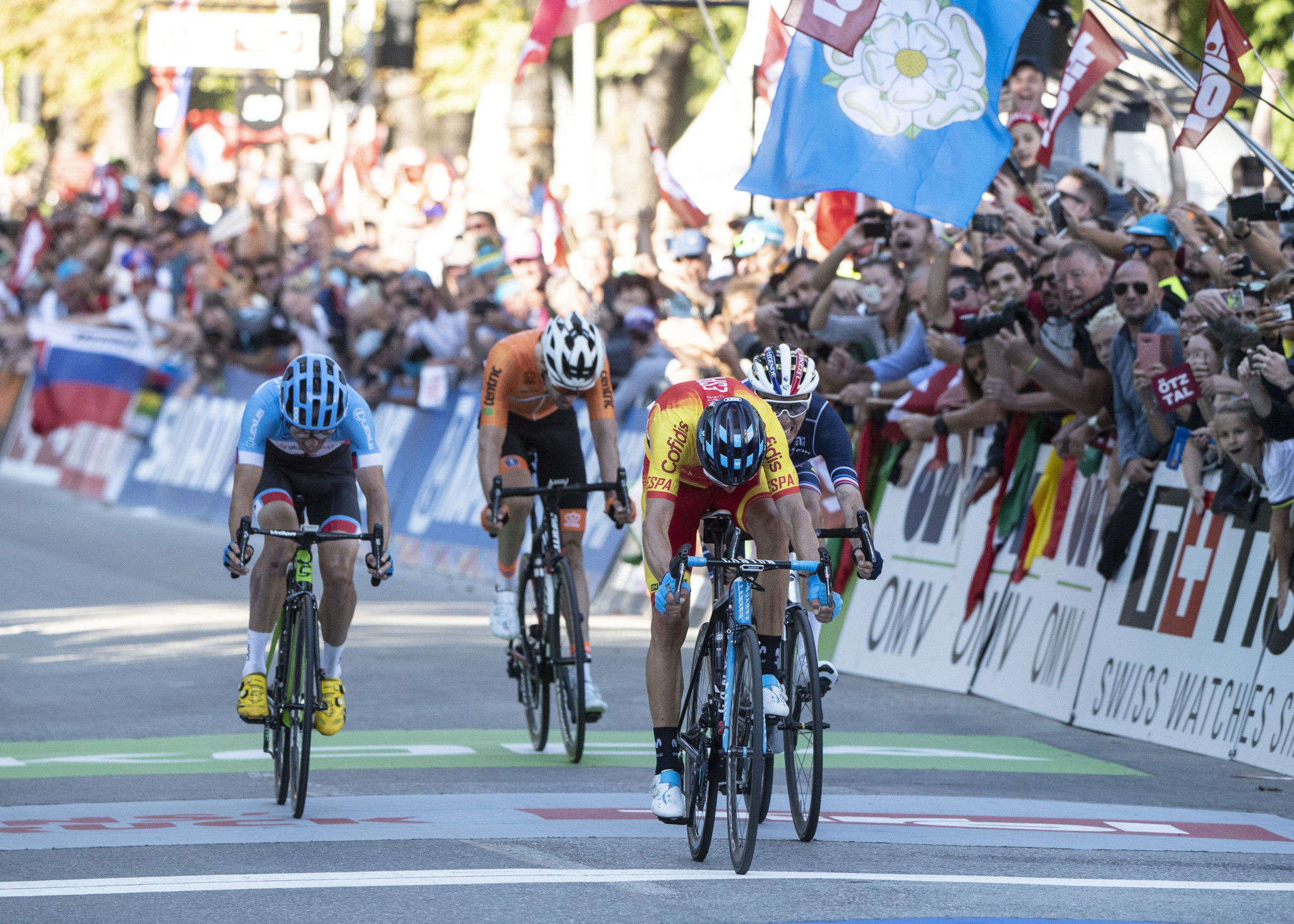 Alejandro Valverde ended his wait for the men's road race world title after triumphing in a four-man sprint finish after a gruelling race at the International Cycling Union (UCI) Road World Championships in Innsbruck.

The Spaniard boasted the record number of podium finishes at the Championships since his debut in 2003, having secured two silver and four bronze medals.

Gold had proved elusive, but the 38-year-old was considered among the favourites to secure victory on the 258 kilometres mountainous course in the Austrian city.

The demanding climbs were expected to finally end Peter Sagan's reign as world champion, with the Slovakian having achieved an unprecedented three straight victories.

Sagan's title defence would come to an end with around 90km left to race as the climbs took their toll and the peloton closed on an early breakaway.

While the initial move collapsed, several favourites began to slip out of contention as Poland’s Michal Kwiatkowski, Britain's Simon Yates and then Ireland's Dan Martin were dropped from the peloton.

Attacks would continue to take place as the final ascent of the steep eight kilometre climb of Höttinger Höll approached.

Denmark’s Michael Valgren headed into the climb in the lead after launching an impressive solo attack, but he was ultimately caught by a select group of contenders.

Valverde was among the every shortening group of gold medal hopefuls and he formed part of a three man move, breaking clear with Canada's Michael Woods and France's Romain Bardet.

They appeared assured of a podium finish heading into the closing kilometres, but The Netherlands' Tom Dumoulin successfully bridged across.

Valverde would lead the four-man group into the final kilometre, where the Spaniard ended his wait for the title by sprinting to victory in 6 hours, 46min and 41sec.

Bardet and Woods would complete the podium on the same time as the winner, with Dumoulin missing out on a medal after proving unable to recover from his chase to launch a sprint.

"The truth is, this is incredible," said Valverde.

"I've fought for many years, and finally I get it.

"The Spanish national team was attentive in every moment in the race.

"I controlled the distance from the finishing line.

"It was a very long sprint.

"I took my responsibilities and I launched my sprint at 350 metres, which was perfect for me.

"It's the win of the national selection, of all the people who like me and support me.

"I'm speechless because I don't believe it.

"I've been close many times, I've had several medals but I was still missing the gold."

Valverde was presented with the gold and world champion's rainbow jersey by Sagan, as the Slovakian's reign came to an end.

The Spaniard's career has not been without controversy, having served a two year suspension from 2010 to 2012 due to his alleged links to the Operacion Puerto blood doping scandal.