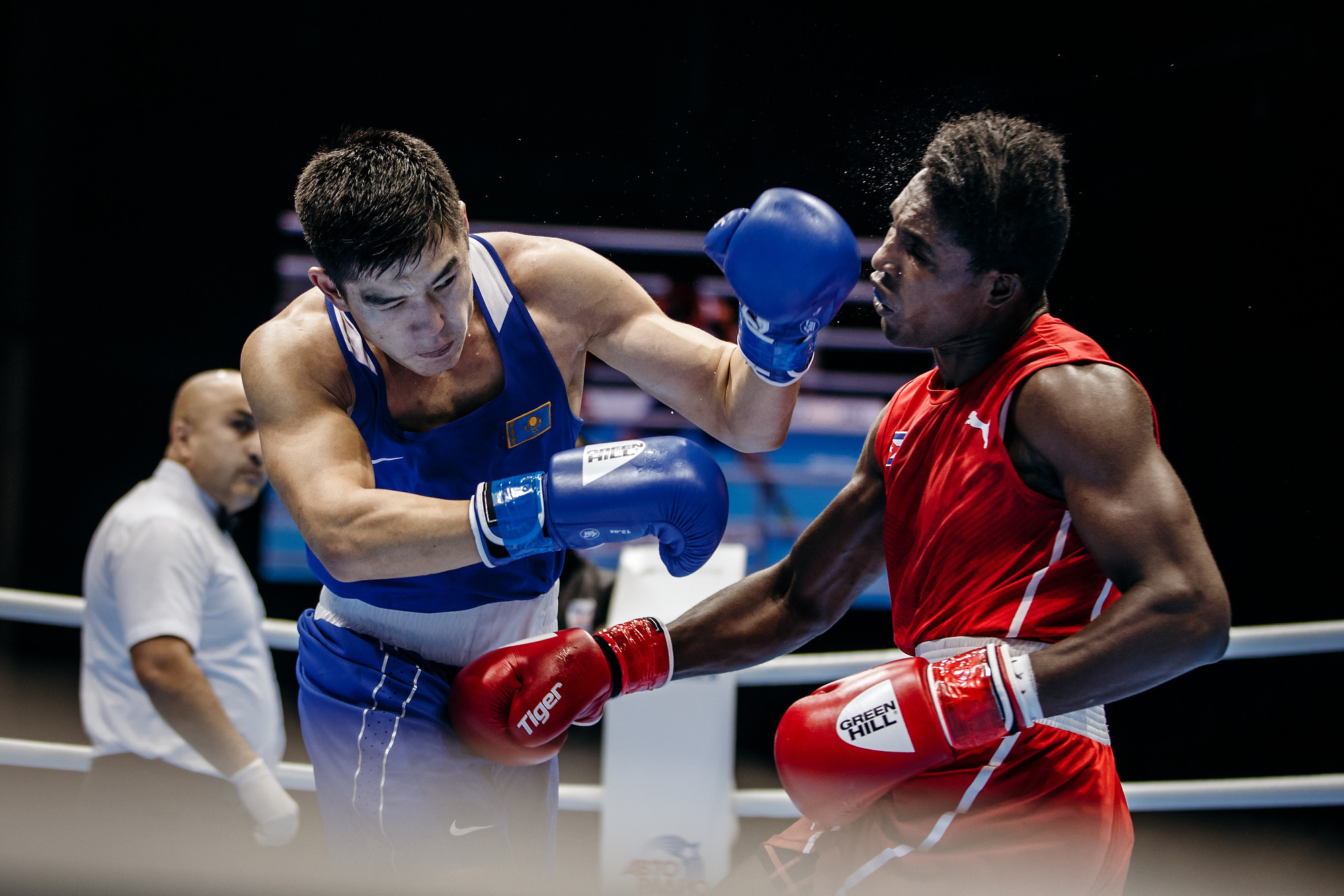 La Cruz, the light heavyweight top seed, had been aiming for his fifth consecutive world title.

The 30-year-old is also the reigning Olympic champion and a three-time Pan American Games gold medallist.

He faltered against the unseeded Nurdauletov, however, losing 4-1 to crash out of the competition.

Nurdauletov will face Dilshodbek Ruzmetov in tomorrow's gold-medal bout, with the Uzbek recording a unanimous victory over England's Ben Whittaker.

The action continued in the super heavyweight division, with Russia's Maksim Babanin making his first appearance since his 3-2 quarter-final defeat to England's Frazer Clarke was controversially overturned.

Babanin was unable to compete with his opponent, Uzbekistan's Bakhodir Jalolov, losing unanimously.

Jalolov will now fight top seed Kunkabayev Kamshybek of Kazakhstan, a repeat of the super heavyweight final from April's Asian Championships in which the former triumphed.

Kamshybek had been awarded a walkover after his semi-final opponent, Justis Huni of Australia, withdrew through injury.

Álvarez is now one victory from retaining his world title, with Mirazizbek Mirzakhalilov of Uzbekistan the only man standing in his way.

Mirzakhalilov's compatriot and fellow Asian Games champion, Bobo-Usmon Baturov, could not find as much joy in the welterweight division.

He was beaten unanimously by Commonwealth and European champion Pat McCormack of England, who will face Andrei Zakovoi of Russia in the final.