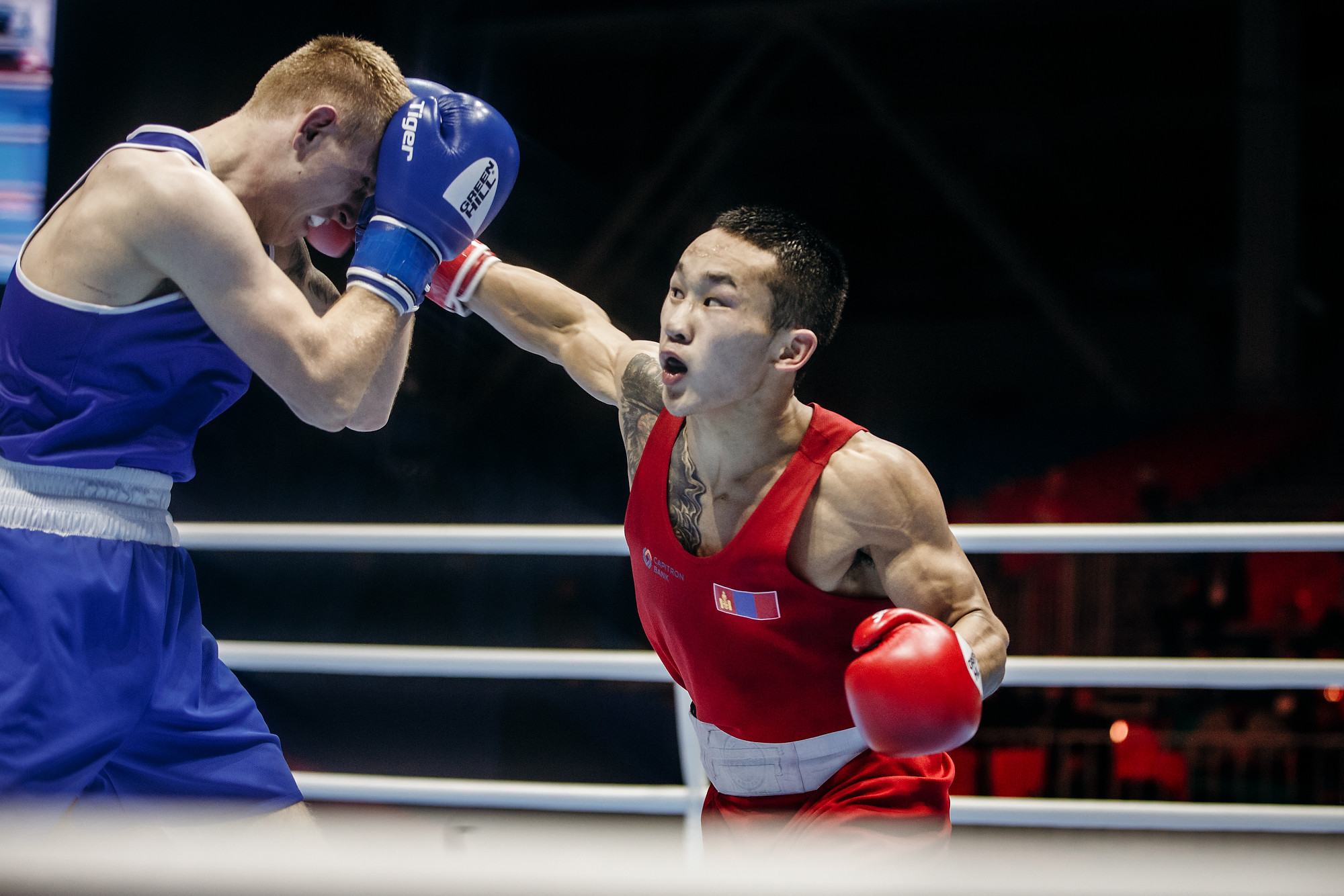 In the battle of the best featherweights of Asia and Europe, Tsendbaatar came out the unanimous winner.

He will now face Mirazizbek Mirzkhalilov of Uzbekistan, who overcame the defending champion, Kairat Yeraliyev of Kazakhstan.

Yeraliyev was under-par throughout the fight, with the referee stopping the contest and handing Mirzkhalilov the victory.

Lazaro Álvarez of Cuba, the division's top seed, will feature in the other featherweight semi-final.

The three-time world and Pan American Games champion got past Russia's Albert Batyrgaziev 4-1 to silence the partisan crowd.

But Roniel Iglesias was unable to emulate the performance of his fellow Cuban in the welterweight division.

The top seed crashed out to Russia's Andrei Zamkovoi 4-1.

Kazakhstan's Ablaikhan Zhussupov recorded a unanimous win against Germany's Nick Bier to set up a clash with the home favourite.

Baturov and McCormack will battle it out for a place in the final.