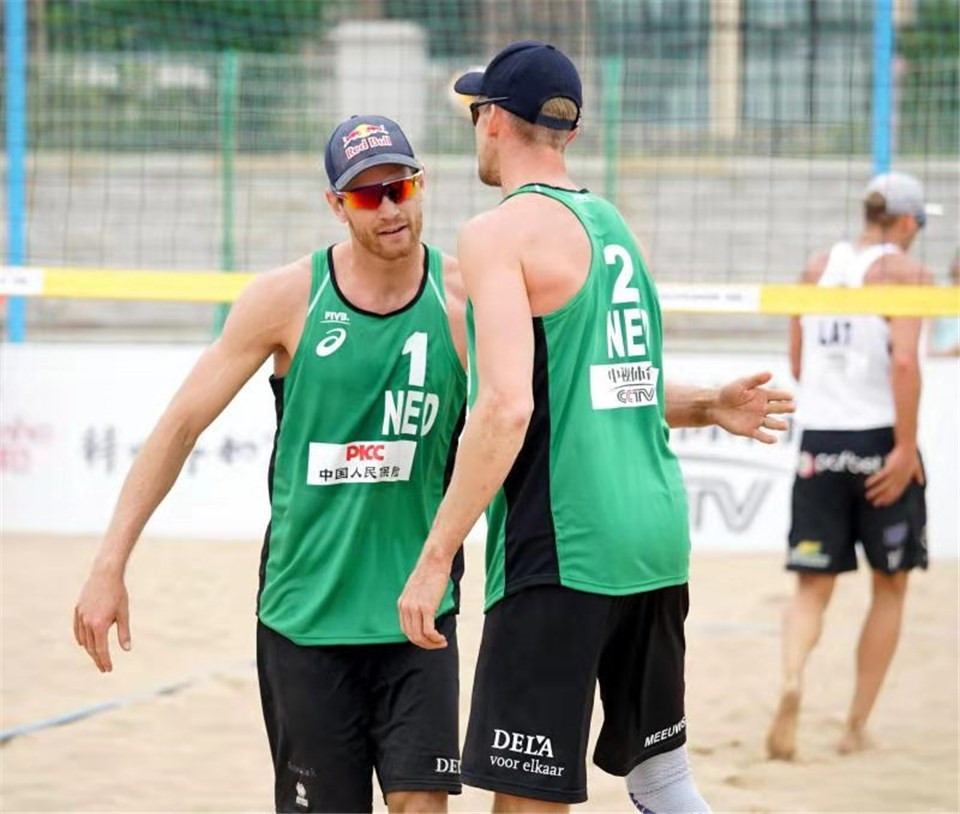 Even if they lose their remaining Pool match to Mathias Berntsen and Hendrik Mol of Norway, Brouwer and Meeuwsen still advance to Saturday's finals, with the winner of the match between Latvia and Brazil.

It marks a strong comeback by the team from The Netherlands after they had to forfeit on Thursday due to Meeuwsen having stomach issues.

"It's great to be in a position to play in the final matches on Saturday," said Brouwer.

"Tomorrow brings more challenges, so we are back to the hotel to get some needed rest."

In Pool I, despite leading with a perfect record after defeating teams from Switzerland and Italy on Friday, Ilya Leshukov and Konstantin Semenov of Russia could still finish third in their group.

However, they will take top spot by defeating Poland's Piotr Kantor and Bartosz Losiak in their final match on Saturday morning.

However, a win by Kantor and Losiak over the Russians, coupled with a victory by Daniele Lupo and Paolo Nicolai of Italy over Mirco Gerson and Adrian Heidrich of Switzerland, would create a three-way tie, with the two advancing teams decided on point and set ratio.

In the women's qualifiers, a perfect day from Elsa Baquerizo and Liliana Fernandez of Spain saw them gain the leadership of their pool.

"What a day with two big wins," said 32-year-old Baquerizo, with the Spaniards seeking their third trip to the Olympics after placing ninth at both the London 2012 and Rio 2016 editions.

"We still have the pressure of winning on Saturday against Poland, so we need to be at our best against another good team."

In Pool J, Marta Menegatti and Viktoria Orsi Toth of Italy must beat Sandra Ittlinger and Chantal Laboureur of Germany to win the group outright.