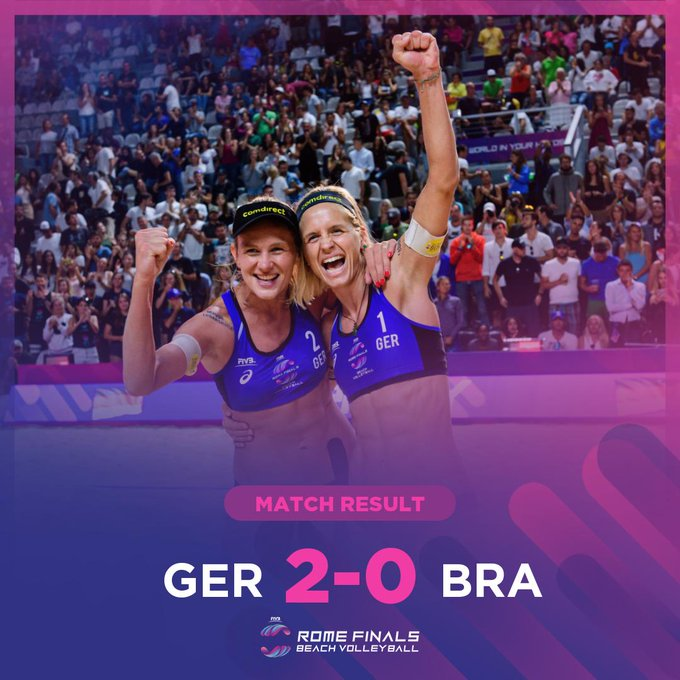 The duo faced the tough test of playing Agatha Bednarczuk and Eduarda Lisboa of Brazil in the gold medal match.

The opening exchanges were closely matched, with the first set decided by the smallest margin.

Olympic gold medallist Ludwig and Kozuch took it 21-19 and looked to maintain the momentum in the second.

The German pairing went on to clinch a straight-sets victory by edging their opponents 21-17.

Krasilnikov 🇷🇺 without patience for long rallies... haha! What a hammer!

Viacheslav Krasilnikov and Oleg Stoyanovkiy of Russia triumphed over Fermany’s Julius Thole and Clemens Wickler in the men’s final.

The tie was a rematch of the World Championship final, which the Russian pairing won in Hamburg in July.

The duo sealed a second showpiece victory over their German rivals by winning 21-16, 21-16.