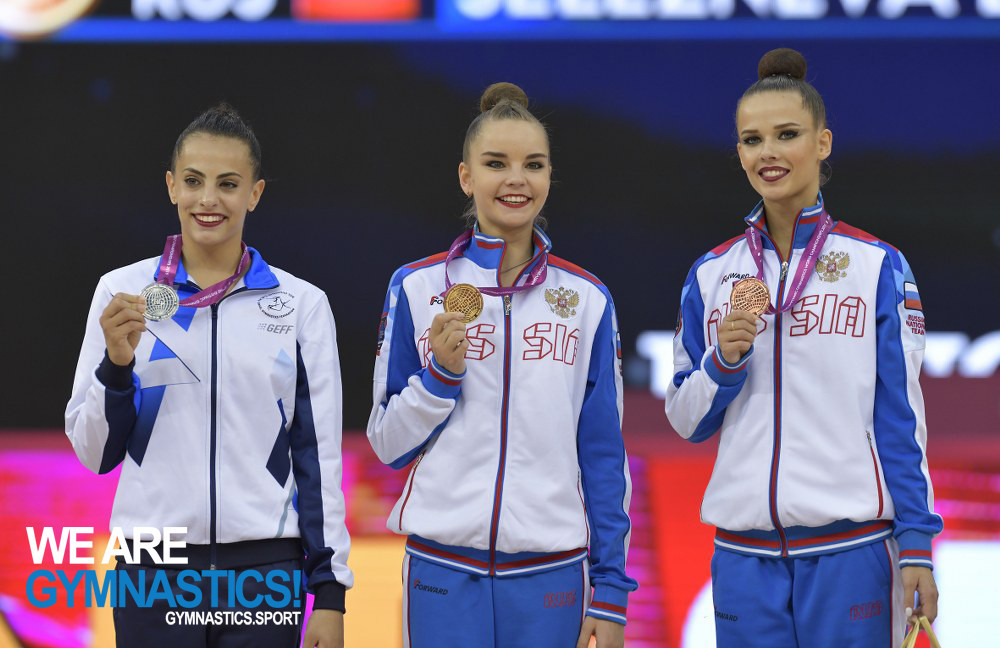 Her performances sealed a 10th consecutive team title for Russia with a total of 186.500 points.

Having settled for bronze in the individual hoop final two days earlier, when she won the ball final, the reigning champion proved unbeatable tonight in Baku's National Gymnastics Arena.

Russia's Ekaterina Selezneva, who won the hoop gold, earned bronze here with 20.650, finishing ahead of Ukraine's Vlada Nikolchenko, who totaled 20.350.

Averina added the clubs title with a total of 23.800, winning from Ashram, who totaled 23.300, with bronze going to Nikolchenko.

There was disappointment for Averina's identical twin Arina, who had topped clubs qualifying ahead of her sister and Ashram, but missed out on the podium as she finished fourth with 22.050,

The reigning world champion now leads gymnasts from 16 countries who have qualified to tomorrow's all-around final.

The top 24 gymnasts, based on the combined scores of their three best performances in qualification, will compete for the individual title.

Averina, who will attempt to become only the fifth rhythmic gymnast to win three consecutive world titles, qualified in first place with 71.350 points, followed by 2018 silver medalist Ashram with 68.400.

Behind them were Arina Averina, Vlada Nikolchenko and Nicol Zelikman.

No qualification scores carry over to the final.

Additionally, the top 16 gymnasts in the all-around final will qualify their nations a place to the Tokyo 2020 Olympic Games.