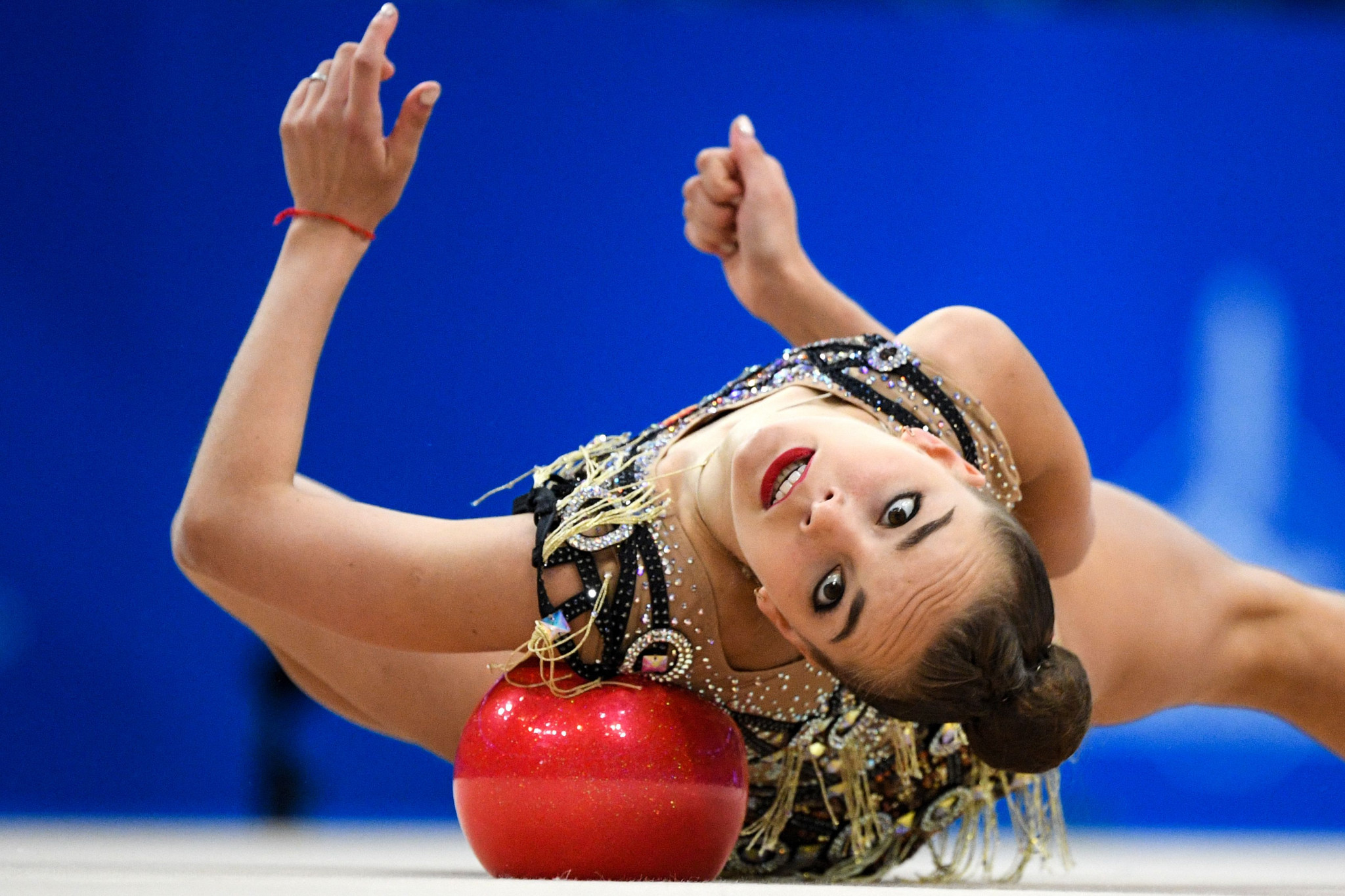 Dina Averina of Russia, seeking a third consecutive world all-around title at the Rhythmic Gymnastics World Championships in Baku, had to settle for gold and bronze in individual apparatus, as the first medals were awarded today.

In the day's earlier session at the National Gymnastics Arena, Averina had finished top of the hoop qualification ahead of Israel's Linoy Ashram and fellow Russian Ekaterina Selezneva.

But the order changed in the final as Selezneva earned the first gold to be awarded at the 37th Championships with a score of 23.500, with Ashram taking silver on 23.400.

Averina finished third on 23.350, but it wasn't long before she found her way to a more accustomed podium position.

Having also finished top of the ball qualification in the first session, marginally ahead of her twin sister Arina, and Boryana Kaleyn of Bulgaria, the favourite followed through to win the final with a score of 23.500, edging her sister, who scored 23.050, into second place.

Ashram claimed her second medal of the night as she took bronze with 22.400, ahead of Italy's Milena Baldassarri, with 22.200.