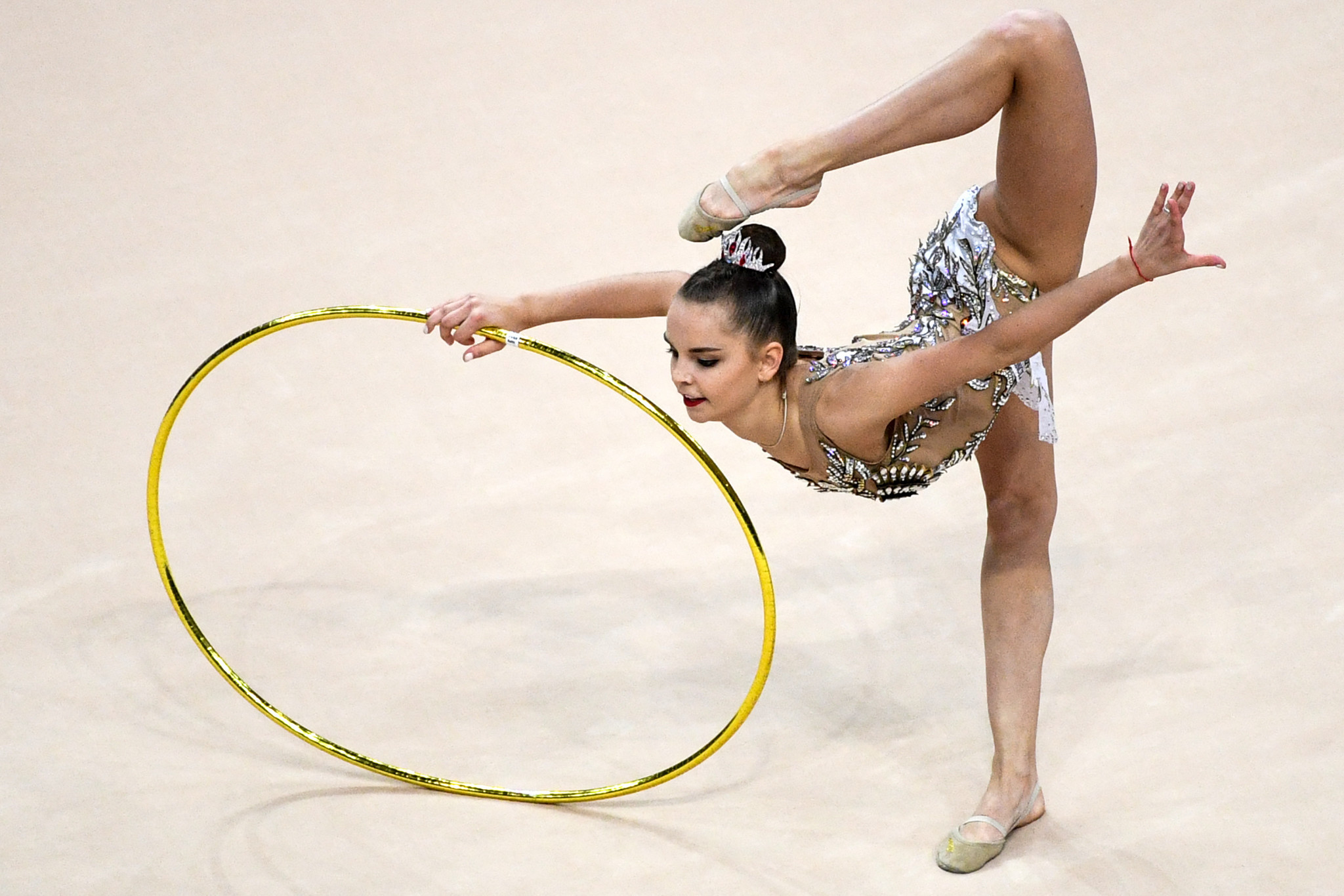 Russia's Dina Averina, seeking a third consecutive world all-around title at the Rhythmic Gymnastics World Championships that got underway in Baku today, made a successful start as she topped intermediate qualifying in the hoop.

Averina – whose identical sister Arina is also competing in this flagship International Gymnastics Federation (FIG) event at Baku’s National Gymnastics Arena and is initially seeking qualification in the ball discipline – finished with an intermediate score of 23.650 points going into tomorrow's second qualifying session.

Her team-mate Ekaterina Selezneva is close behind, on 23.400, but then there is a gap, with Bulgaria's Boryana Kaleyn third on 21.600 and Evita Griskenas of the United States fourth on 21.000.

In the other action of the evening preceding the official Opening Ceremony for the 37th edition of this event, Ukraine's Vlada Nikolchenko led the ball qualification at the intermediate stage with 21.400.

Italy's world medallist Milena Baldassarri was second on 21.300, with two Israeli gymnasts third and fourth – Nicol Zelikman is on 21.250 and Linoy Ashram has the same score but is one place back because of a 0.05 penalty.

Ashram, 20, won her country’'s first ever individual all-around medal at these Championships, a bronze, in 2017 and followed up with silver last year behind Averina.

More than 300 gymnasts representing 61 nations have descended on the Azerbaijani capital to vie for the nine world titles at stake in individual and rhythmic group gymnastics in this event, which ends on September 22.

In addition to the team ranking, individual titles will be decided in the all-around and four individual apparatus categories – hoop, ball, clubs and ribbon –, while groups will compete for the all-around title, as well as world honours with the five balls and three hoops/two pairs of clubs.

The top 16 individuals from the all-around competition will earn their National Olympic Committees the right to send up to two gymnasts to Tokyo 2020.

The top 24 groups from the 2018 World Championships in Sofia, Bulgaria, have advanced to compete in Baku, where the top five eligible groups will also book Olympic places.