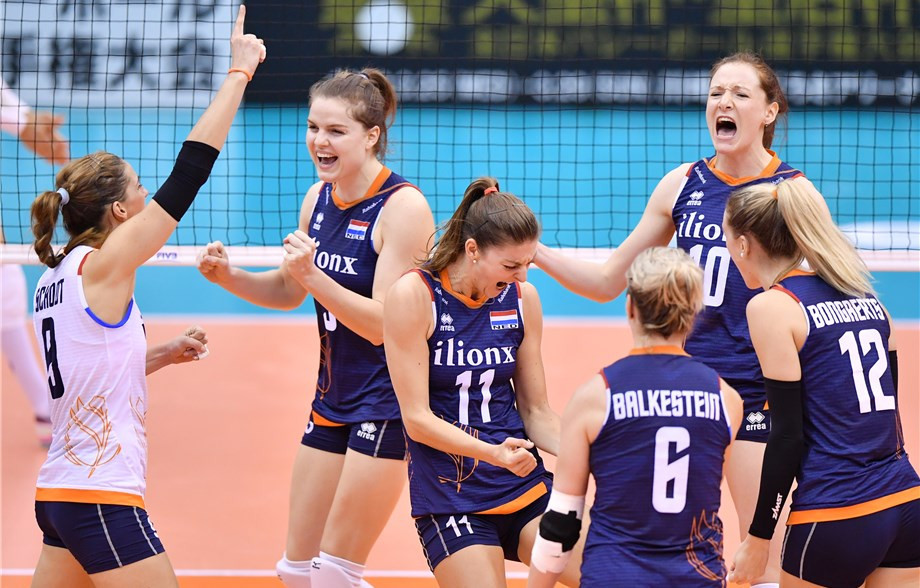 Anne Buijs also contributed with 13 points in a match which pitted together two sides with 100 per cent records after their first two matches.

Brazil's star performer at Hamamatsu Arena was Lorenne Geraldo Teixeira with 13 points but it is The Netherlands who have moved onto a record of three wins and no defeats.

"I'm proud of our team's ability to believe that they can win every single point in this match, and I thought we played good volleyball in just about every phase of the game, so I'm proud of my team and looking forward to what's next.

"For us, we talked about worrying about our side of the net, about the way we play and win or lose we left this match proud and I'm proud of our group and the way they came out and played with heart in this match."

All 12 sides at the World Cup are competing in one single round-robin group.

Defending champions China and United States are the only other countries to have won all three of their games so far.

The Chinese, who are seeking a record fifth World Cup title, proved too strong for Russia at Yokohama Arena.

Russia's first defeat means they have slipped back to join Brazil on played two, lost one.

Argentina are still waiting to get off the mark having lost all three of their matches.

"I thought we started strongly against a great Argentina team," said US captain Jordon Larson.

"We played them in the qualifiers and knew they would be tough, but we finished strong."

Dominican Republic recorded a second win in Yokohama in a cracking five-set contest against winless Cameroon.

South Korea earned their first win of the tournament by disappointing hosts Japan at the same venue.

World Championship winners Serbia also tasted success for the first time as they beat a Kenya side who are yet to get off the mark 25-13, 25-11, 25-17 in Hamamatsu.

After a rest day tomorrow, the tournament will continue on Wednesday (September 18).

The Dutch will play the US in a big game at the top in Hamamatsu, where Serbia will meet Argentina and Kenya will play Brazil.

In Yokohama, China will lock horns with Dominican Republic with Japan taking on Cameroon and Russia meeting South Korea.