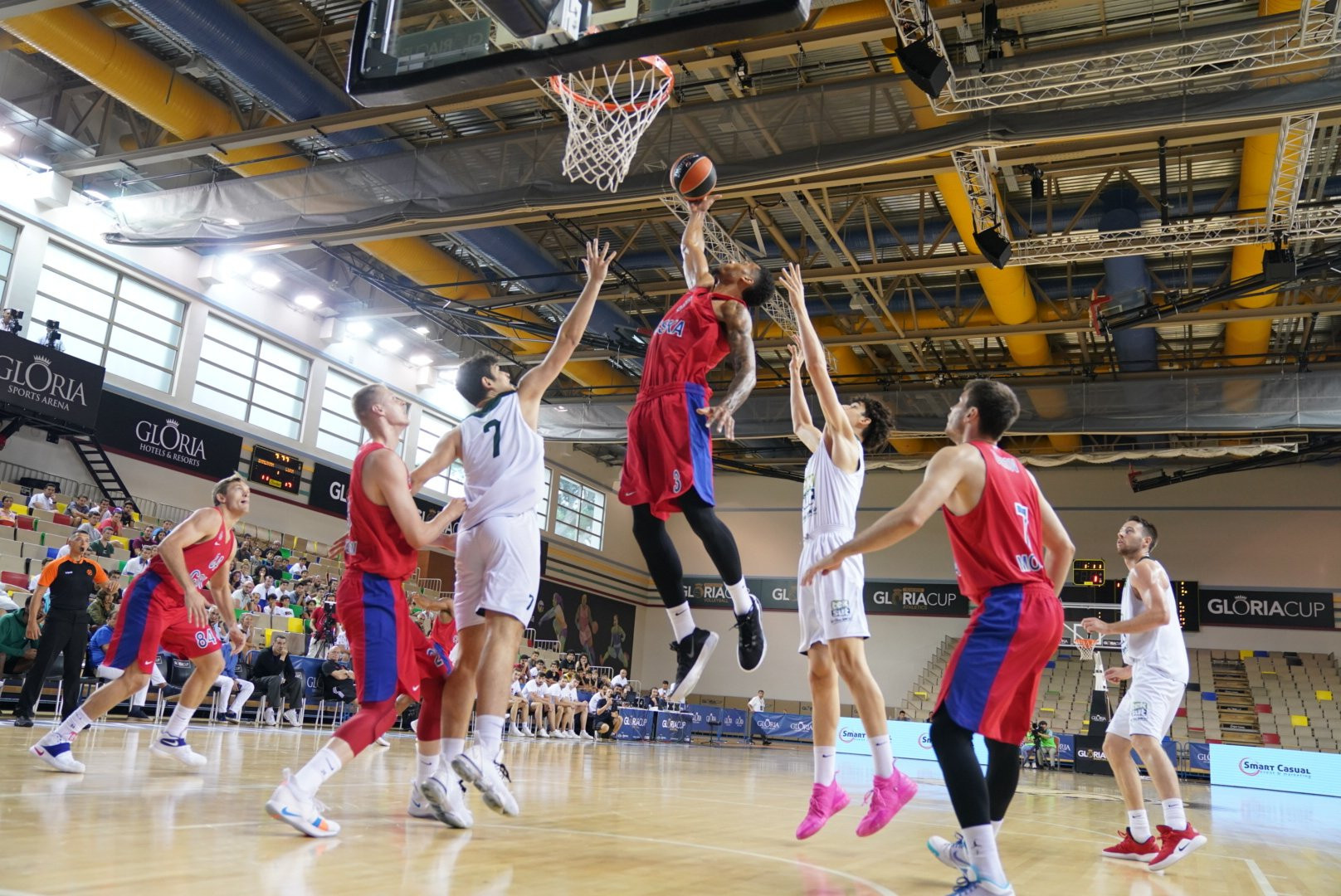 CSKA Moscow will face Anadolu Efes in the final of the Gloria Cup basketball tournament after the two sides topped their respective groups in Antalya.

An entertaining final day of round-robin action saw Russian side defeat TEKSÜT Bandırma, with both sides gunning for a place in the final, having each won against TOFAŞ Bursa earlier in the tournament.

CSKA edged a tight first half 42-41 and the game remained equally as close into the dying stages, with the Russians scraping through on an 87-84 scoreline.

The victory saw CSKA climb into first place in Group A, as TEKSÜT had to settle for second place, with TOFAŞ finishing bottom.

The sides played out a 77-77 tie, forcing overtime at Gloria Sports Arena.

But it was 16-time Turkish champions Galatasaray who came through the Group B match, winning 88-87.

Despite the loss, Anadolu progressed to Sunday's (September 15) final against CSKA.

All three Group A sides won a match each, but Anadolu progressed with a better points difference.

Galatasary came second in the group, with Lithuanian side Zalgiris Kaunas finishing bottom.

On Sunday, CKSA and Anadolu play for the Gloria Cup, while Galatasaray and TEKSÜT battle for third place.

TOFAŞ and Zalgiris will contest the playoff for fifth place.