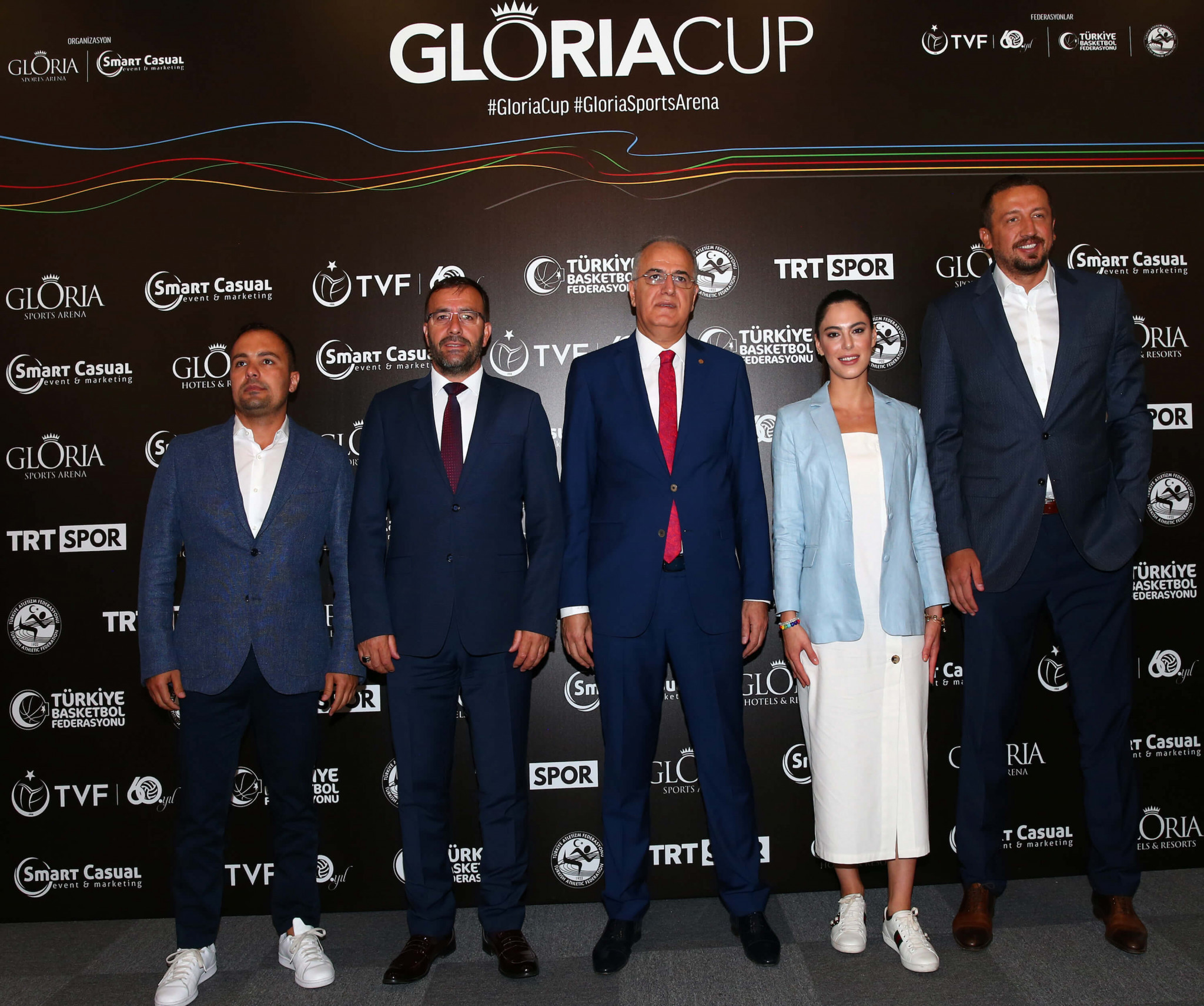 Sports stars from volleyball, basketball and athletics will descend on the Gloria Sports Arena (GSA) in Antalya throughout August and September for the third edition of the Gloria Cup.

"With the participation of world-renowned teams and athletes, we have witnessed exciting events in volleyball, basketball and other athletics branches and received positive feedback," said Özdemir of the previous two Gloria Cup editions.

"We are here again with the tournaments that represent our country in the finest way, according to feedback from our viewers and participants.

"With the Gloria Sports Arena brand, we hold the title of the most comprehensive sports hotel in Europe.

"Our goal is to provide a unique experience for the teams and athletes who come here but, as well, our intention is to do our best for the development of sports and athletes in Turkey, and ensure that those watching the broadcast can see that it is organised in Turkey."

The GSA provides facilities for more than 50 sports branches, with gymnastics, boxing, basketball, volleyball, wresting and an indoor athletics track among its features.

The outdoor area includes three pools, one of which is Olympic-size, with different features and equipment, as well as running tracks, athletic fields, tennis courts, climbing walls, and fields for football, rugby, field hockey and beach volleyball.

Türkoğlu added: "Gloria Sports Arena is the best facility in Europe and I hope that we will have more such facilities in our country for serving sports.

"We are happy to be here in front of you as the successful federations of Turkey and we want everyone to know that, as three federations, we are working night and day to take the branches to a higher level.

"From September 11 and September 15, the Gloria Cup 2019 Basketball tournament will take place.

"I hope this organisation will be enjoyed by all, and without any injuries.”

Can praised the GSA for hosting more than 43 basketball teams and 11 volleyball teams since the arena was opened.

He added: "By the end of this year, we will have completed 19 tournaments.

"Gloria Sports Arena is the centre of attraction for the athletes.

"Our primary goal is to realise the projects we have envisioned.

"Beautiful organisations are happening with beautiful people, so I would like to thank everyone who has touched our lives at the Gloria Cup.”

The volleyball tournament takes place between August 15 to 17, with Serbia, Italy, Croatia and Turkey competing for the Gloria Cup.

Teams from Russia, Turkey and Lithuania will contest the basketball tournament between September 11 to 15.

The athletics tournament will take place on September 16, with 24 Turkish participants and 56 foreign entrants from 25 countries tackling track and field events.