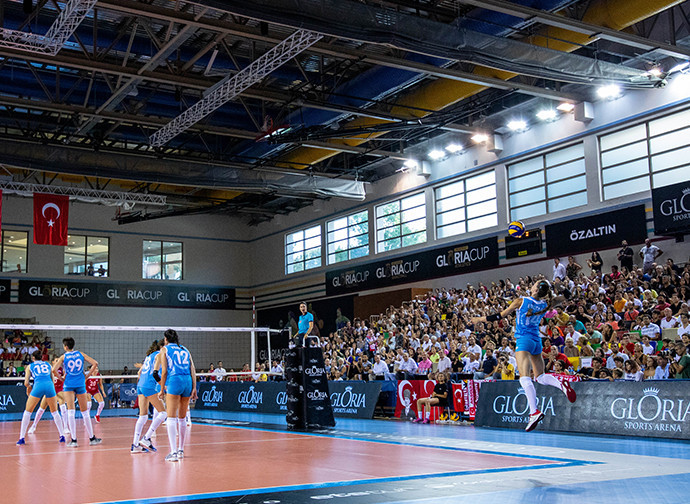 Serbia have been crowned as Gloria Cup volleyball champions after topping the four-team group in Antalya.

The Serbian squad opened their Gloria Cup account with a comfortable 3-0 triumph against Italy on Thursday (August 15), before seeing off Croatia 3-1 in their second pool match.

In a winner-takes-all final group game at the Gloria Sports Arena, it was Serbia that edged out hosts Turkey to clinch the trophy.

Turkey had also triumphed against Croatia and Italy – 3-1 and 3-0 respectively – but couldn’t see off the Serbian threat and succumbed 3-2 to finish as runners-up.

Antalya Governor Münir Karaloğlu presented the championship award to the Serbia team as captain Maja Ognjenović was judged the most valuable player (MVP).

In the group’s only other match, Croatia saw off Italy 3-0 to seal third position in Antalya.

Abdi Serdar Üstünsalih, the general manager of Vakıfbank and President of Vakıfbank Sports Club presented them with their plaque.

Italy trailed in fourth place with three losses but received a plaque for their participation from Özaltın Holding board member Melis Özaltın.

Between September 11 to 15, six teams from Turkey, Russia and Lithuania will contest the Gloria Cup basketball tournament.

Gloria Cup athletics, which will feature five men's and five women's events, will be held on September 16.