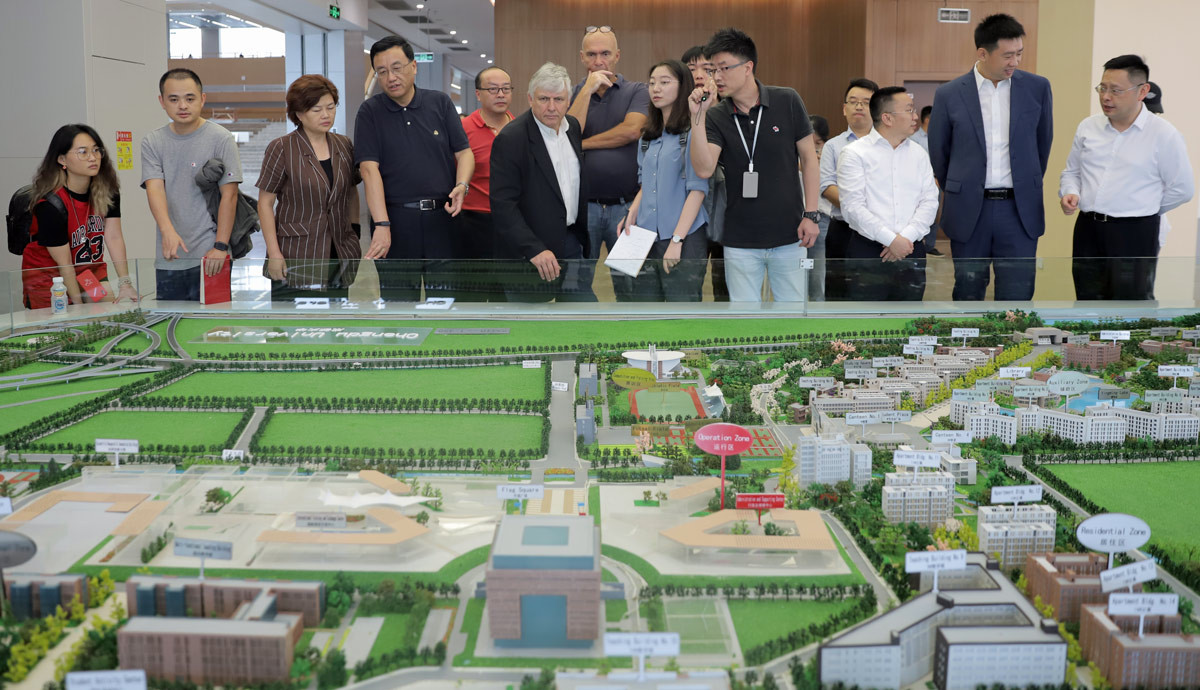 The Organising Committee of the 2021 Summer Universiade said preparations for the event are moving at "Chengdu speed", during an official five-day inspection of the host city by an International University Sports Federation (FISU) delegation.

The delegation, led by secretary general and chief executive Eric Saintrond, and the Organising Committee were joined by the vice-mayor of Chengdu, Wang Pingjiang.

The parties exchanged notes on the progress of preparations.

Chengdu will be the fourth mainland Chinese city to stage the Universiade this century, following a winter edition in Harbin in 2009 and summer editions in Beijing in 2001 and Shenzhen in 2011.

It has undertaken several projects to build up sports infrastructure and further develop its human resource capabilities to host world-class events.

Chengdu leaders see the 31st edition of the Summer Universiade as a way to improve the city's international profile and modernise it, but also as a solution to urban problems and shortcomings.

"Leaving lasting legacies in host cities long after the Closing Ceremony of our events is always at the forefront of our minds and discussions with local organisers," Saintrond said.

"From our discussions, and what I've seen these last days in Chengdu, they are well on their way to delivering a memorable event that will live on here for many years to come."

During the visit, FISU evaluated the Preparatory Committee's progress reports and assessed advancements in competition venues and Athletes' Village infrastructure, as well as progress in workforce planning, volunteer recruitment and training programmes.

Seminars were also conducted in the functional areas of transportation, delegation services, sport, and food and beverages.

Hosting the Summer Universiade is said to be providing Chengdu the opportunity to enhance its standing as a globally known city of sport, with the construction of 12 new venues overseen by the Preparatory Committee.