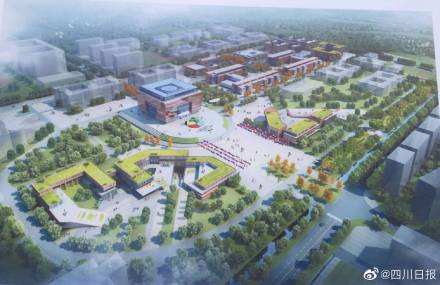 Construction work has begun on the Athletes' Village for the 2021 Summer Universiade in Chengdu, it has been announced.

Located at Chengdu University, and covering an area of around 37 hectares, the Universiade Village consists of eight specific buildings.

It will include apartments for athletes, centres for services, health, administrative affairs, international communication and aquatics, as well as  gymnasiums and the College of Chinese & ASEAN Arts.

Major transportation projects, such as a new expressway, are also underway.

The 2021 Summer Universiade was officially awarded to Chengdu, capital city of Sichuan Province and famous around the world for pandas, last month.

The proposed dates for the tournament are August 8 to 19.