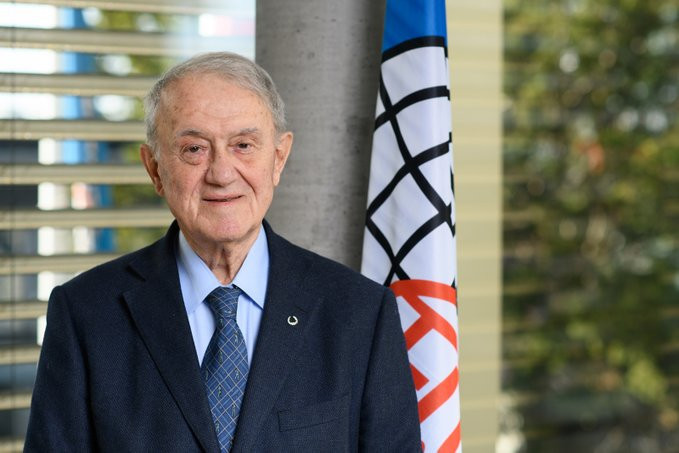 The FIG confirmed Grandi, who led the worldwide governing body for 19 years from 1997 to 2016, had passed away in Italy following illness.

The Italian was succeeded by Japan's Morinari Watanabe, who took over as FIG President in November 2016.

Grandi was named FIG Honorary President following the conclusion of his term as President.

The FIG said its flag outside its headquarters in Lausanne would fly at half-mast as a mark of respect.

"Today, we are mourning the loss of a warm-hearted man who showed us the way with all the passion he had for the sport," Watanabe said.

"With unstoppable energy, he championed justice in sport and always placed the safety of athletes first.

"His values and his spirit will continue to inspire us for years to come."

FIG President Morinari Watanabe: “Today, we are mourning the loss of a warm-hearted man who showed us the way with all the passion he had for the sport. With unstoppable energy, Bruno Grandi championed justice in sport and always placed the safety of athletes first. pic.twitter.com/6fcJD9UrAC

The FIG added that Grandi had "marked the sport with the reforms he undertook for gymnastics to gain credibility, popularity and universality".

Grandi oversaw significant changes to the sport and the FIG during his tenure at the helm, including gymnastics' elevation to the top-tier of sports on the Olympic programme.

The Italian official also spearheaded the scrapping of the perfect 10 scoring system following controversies at the 2004 Olympic Games in Athens.

Among the other reforms initiated by Grandi was establishing a minimum age limit - 16 for women and 18 for men - to be able to participate in international competitions and improving the Olympic qualification system.

A former athlete and coach, Grandi enjoyed a successful career as a sports administrator after retiring from the sport.

Grandi was also a member of the International Olympic Committee (IOC) between 2000 and 2004.

"With the passing of Bruno Grandi the Olympic Movement has lost a great athlete," said IOC President Thomas Bach.

"In everything he did one could feel and experience his great passion for Gymnastics and for the gymnasts.

"One of his top priorities was always to ensure fair refereeing.

"He fought for this with all his energy and passion, something that his many friends and myself will remember him for."