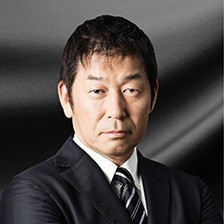 Japan’s Morinari Watanabe has began his tenure as the new President of the International Gymnastics Federation (FIG) today after replacing the outgoing Bruno Grandi.

Watanabe was elected back in October after he beat rival candidate Georges Guelzec of France by a huge margin during the vote at the governing body’s Congress in Tokyo.

The Japan Gymnastics Association (JGA) secretary general claimed a staggering 100 of the 119 votes, with Guelzec, the head of the European Union of Gymnastics (UEG), receiving just 19.

The 57-year-old becomes just the ninth President of the governing body since its inception in 1881 and will succeed Grandi, who has held the role for 20 years.

Watanabe targeted improving the status of the organisation within the International Olympic Committee (IOC) as there is currently no FIG representation on the body.

He also plans to lure Tokyo 2020 sponsors to partner with the FIG and hopes to take gymnastics to the number one spot on the list of global sports ahead of football.

Watanabe is largely credited with the overhaul in gymnastics in his country after they failed to earn medals at Atlanta 1996 and Sydney 2000.

Japan has won gymnastics medals at every Olympics since the appointment of the 57-year-old at the JGA in 2001.

Most recently, at Rio 2016, Kōhei Uchimura led his nation to the gold medal in the men's team event before he successfully defended his individual all-around crown.

In a letter published shortly before his departure, Grandi wished his successor well in the job.

"I would like to extend my best wishes to Morinari Watanabe in the role of President, a role that I have had the privilege and honour of fulfilling for twenty years, and to all the new FIG authorities who will lead the Federation over the next four years," Grandi said.