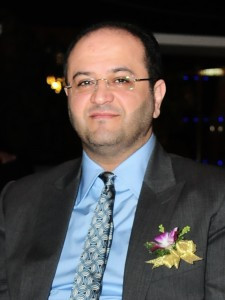 Sheikh Talal Mohammad Al-Sabah has been re-elected as President of World Bowling after defeating challenger Perttu Jussila at the organisation's Congress.

The Kuwaiti official saw off the challenge of his Finnish rival by 82 votes to 22 in Las Vegas.

He will now serve a second four-year term in the job after his initial election in 2015.

According to World Bowling, Sheikh Talal has overseen "significant change" during his time in charge.

This includes broadcast deals with partners including CBS Sports and recognition of bowling by the International Paralympic Committee.

His goals for the next four years include a continued push for inclusion at the Olympic Games.

The sport was one of eight shortlisted as a potential addition to the Tokyo 2020 programme but eventually missed out as baseball/softball, climbing, karate, skateboarding and surfing were added.

"All I ask is that we work together for the future."

Other decisions taken at the Congress included the election of Costa Rica's Martin Faba as first vice president.

Marios Nicolaides from Cyprus will serve as second vice president.

Nigeria and Ethiopia were approved unanimously as new members of World Bowling.