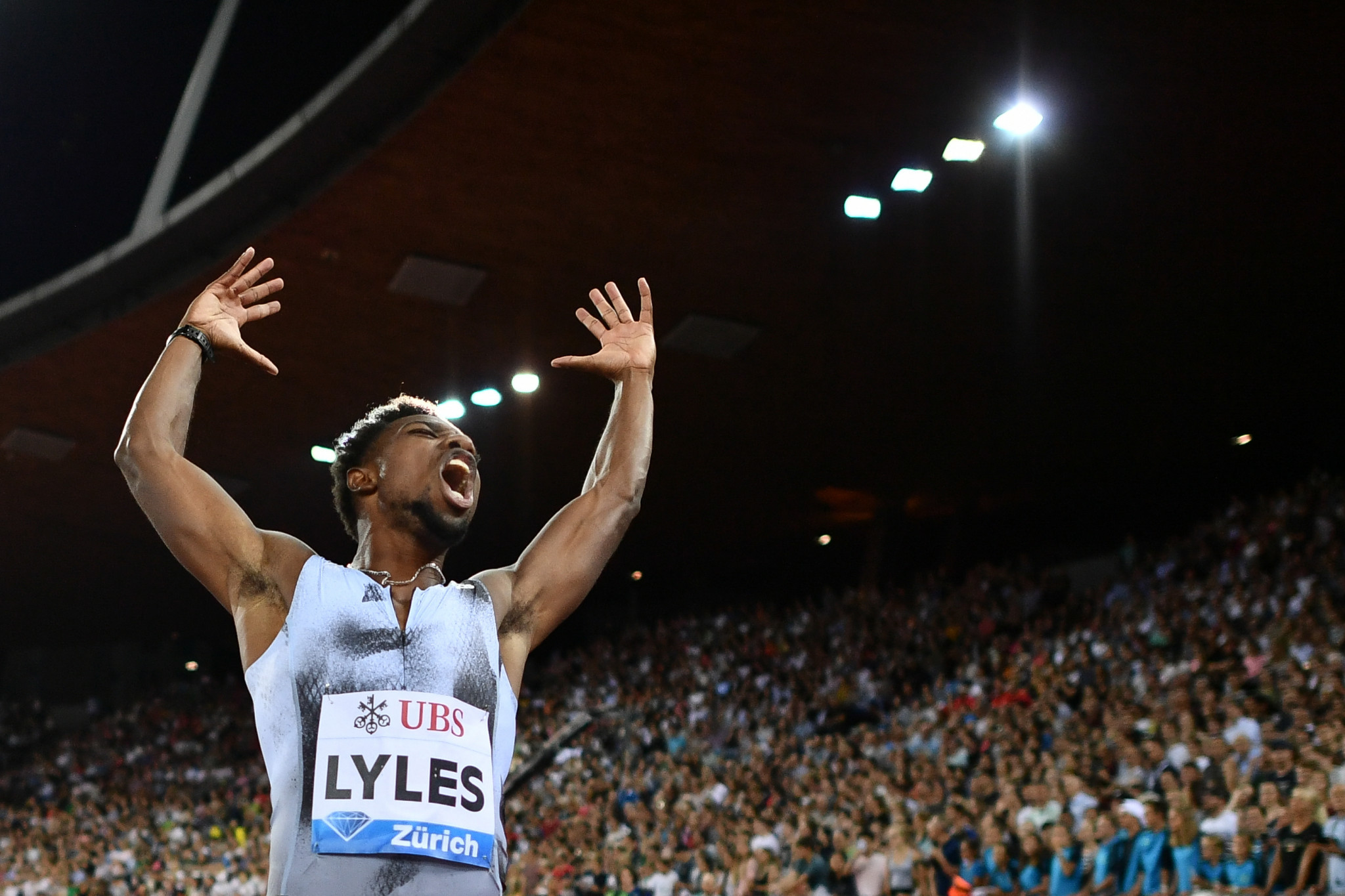 The final 16 Diamond League champions of the season will be decided in Brussels tomorrow night (September 6), as the International Association of Athletics Federations' season-long series concludes.

The meeting at the King Baudouin Stadium will also serve, for the first time, as a preview of the World Championships in Doha on September 27.

A strong favourite for glory, 22-year-old Noah Lyles will seek a third consecutive Diamond League title over 200 metres – the event he will run in Qatar – having won the 100m title at last week's first Diamond League final in Zurich.

The Swiss capital will be the sole host for the final in 2020 and 2021, with the Brussels stadium about to undergo extensive renovation.

After qualifying for the finals at the 12 preceding meetings, each athlete arrives with the slate cleared for a winner-on-the-night event, offering victors $50,000 (£41,000/€45,000), a Diamond trophy and a wild card entry for Doha.

Lyles, who leads this season's rankings with 22.50sec, will seek to earn another win over world champion Ramil Guliyev of Turkey.

In the women’s 100m, double Olympic champion Shelly-Ann Fraser-Pryce has been in dominant form and stands joint top of the season's rankings with fellow Jamaican Elaine Thompson, the Rio 2016 100m and 200m champion.

But Fraser-Pryce's main rival may be Britain's hugely consistent and steadily improving European 100m and 200m champion, Dina Asher-Smith, who has a season's best of 10.91.

A battle is in prospect in the women’s 5000m, where Kenya’s world champion Hellen Obiri is targeting a third consecutive Diamond League title.

Agnes Tirop, who beat Obiri over 5000m in Stockholm and 10,000m at the Kenyan Championships, is also a big contender.

German record-holder Konstanze Klosterhalfen and African 3000m record-holder Letesenbet Gidey both finished ahead of Obiri in Stanford, so may once again be a threat in what promises to be one of the most competitive events of the evening.

In the men's shot put, no fewer than eight men who have thrown 22m or more are in the field.

New Zealand's world champion Tom Walsh is in ominously good form, having won at the Paris Diamond League last month with four consecutive 22m-plus throws, the best of them 22.44.

This event will take place later today at the Place de Brouckere in Brussels city centre.

Three athletes will be in a position to equal the record of seven Diamond League trophies, currently held by France's world pole vault record holder Renaud Lavillenie – but none of them are on a winning run.

World and Olympic triple jump champion Christian Taylor was beaten in Paris last month by his friend and perennial rival Will Claye, who heads this year's world list with 18.14m, and also lost his previous competition in London against Spain's Pedro Pablo Pichardo.

But if the blue touch paper gets lit in Brussels, Jonathan Edwards' 1995 world record of 18.29m could be under threat.

If Colombia's Olympic triple jump champion Caterine Ibargüen is to successfully defend her long jump title, she will need to defeat multiple world champion Brittney Reese of the United States and Germany's Malaika Mihambo, who tops this season’s listings with 7.16m.

Another world and Olympic champion, Croatian discus thrower Sandra Perkovic, is also off her usual gold standard, having made a late start to the season because of injury.

Jamaica's Danielle Williams ended Kendra Harrison’s 2019 winning streak in the 100m hurdles at the recent IAAF Diamond League meeting in Birmingham, so the world record-holder will be out for revenge in Brussels when she lines up against the 2015 world champion.