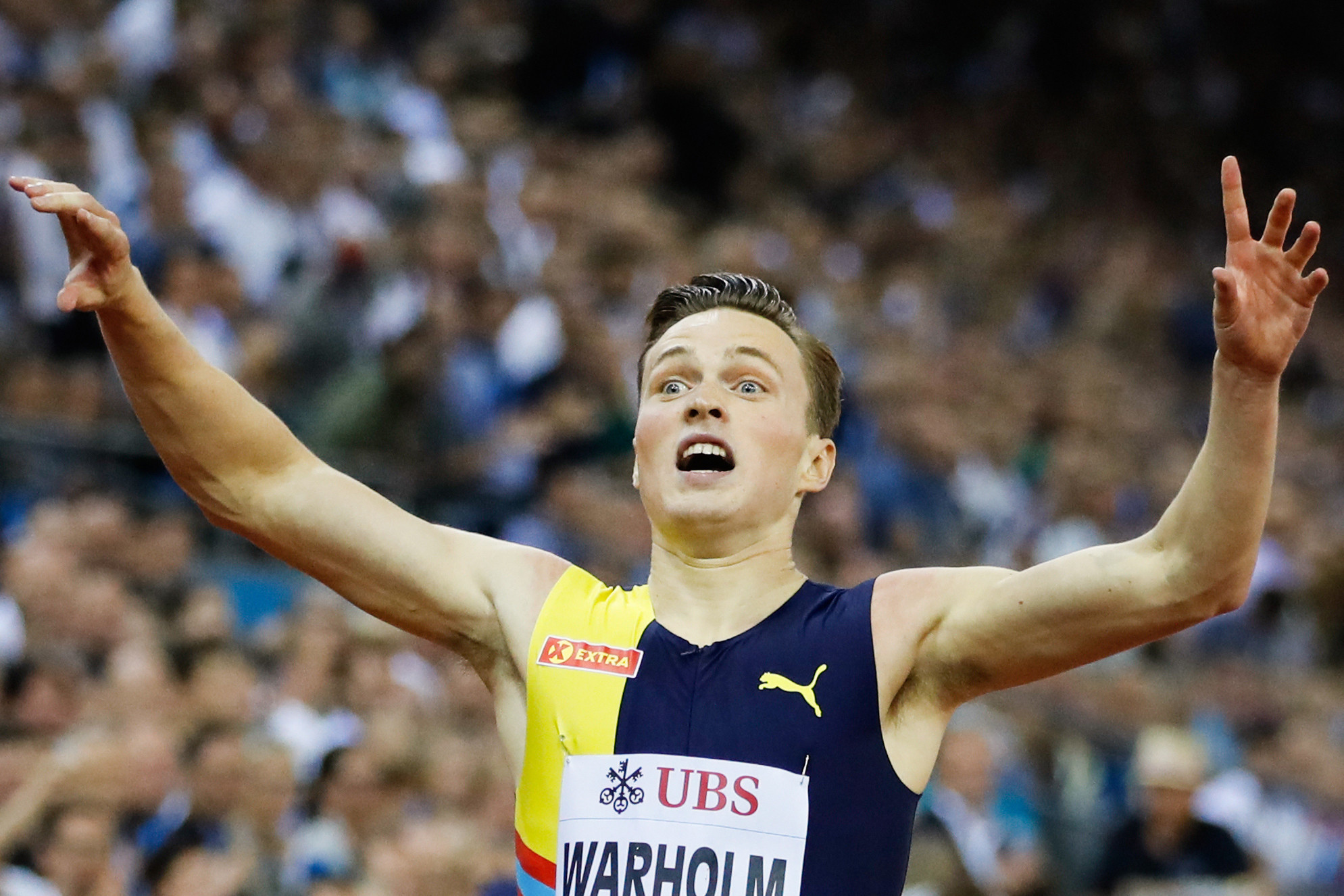 Karsten Warholm produced the second-fastest 400 metres hurdles performance of all time at the first of the International Association of Athletics Federations Diamond League finals in Zurich, in a stunning 46.92sec.

In his wake was Rai Benjamin, the American who had started as the equal third-fastest of all time, having run 47.02.

It was billed as the highlight of an evening where the first 16 of this season's Diamond League champions were to be determined, and so it proved.

Norwegian Warholm and American Benjamin joined Qatar's Abderrahman Samba, who ran 46.98 last season but was not present at the Letzigrund, in sub-47 second territory.

Only one other man has also been there – Kevin Young of the United States, whose world record of 46.78 now looks fragile, with the Doha World Championships looming beyond the second Diamond League final in Brussels on September 6.

Warholm, who led the 2019 world lists with his European record 47.12, has recently introduced running just 13 strides between hurdles.

He set off with characteristic vigour, setting Benjamin the challenge of keeping in touch.

Approaching hurdle nine, Warholm stuttered badly, giving Benjamin an opening to narrow the gap, but the Norwegian found extra resolve to recover his form before the final barrier.

Behind him, Benjamin equalled Samba's mark of last season.

"I knew that I would run a good time but this race was just amazing.

"And the best is yet to come."

Kyron McMaster, the defending Diamond League champion, was a distant third in 48.58.

The women's race featured the fifth meeting between Olympic champion Dalilah Muhammad, who set a world record of 52.50 at the US trials last month, and rising American star Sydney McLaughlin, with the latter prevailing convincingly in a season's best 52.85.

There was another huge showdown in the women's 200m, won in 21.74 by the Olympic 400m champion from the Bahamas, Shaunae Miller-Uibo.

Miller-Uibo will only run the longer distance at the Doha World Championships as the schedule doesn’t allow her to double up.

In the men's 100m, Noah Lyles earned a first career win over his US compatriot, world champion Justin Gatlin, clocking 9.98.

Amos, fit again after limping out of last month's London Diamond League meeting, was second in 1:42.98.

In the women's 1500m, world-record holder Genzebe Dibaba was overhauled in the final 200m by the world mile record holder Sifan Hassan of The Netherlands, who won in 3:57.08.

The outstanding field event of the night was the men's long jump, where Cuba's Juan Miguel Echevarria set a Diamond League record of 8.65m.

A personal best of 14.93m in the triple jump final round earned Shanieka Ricketts of Jamaica a shock win over Venezuela's world champion Yulimar Rojas, who managed 14.74.

China's Gong Lijiao turned in a commanding performance to secure her third straight Diamond Trophy in the women's shot put, reaching a best of 20.31m in the last round, adding eight centimetres to the 1985 meeting record set by Russia's Natalya Lisovskaya.