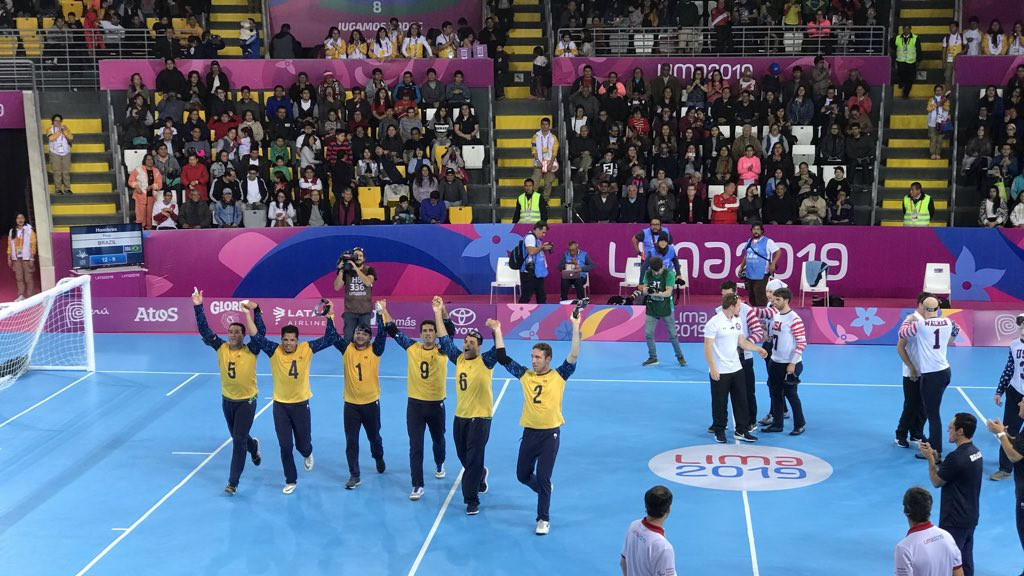 Brazil beat the United States in both the men's and women's goalball finals on the penultimate day of competition at the 2019 Parapan American Games in Lima.

The men's final saw the South Americans triumph 12-9 at the Miguel Grau Coliseum.

Canada were the bronze medallists in both events, defeating Venezuela 13-11 in the men's third-place play-off and Mexico 10-0 in the women's equivalent.

The Tokyo 2020 berth in the men's event has gone to the US, with Brazil already qualified.

Canada have taken that in the women's competition, with Brazil and the US already qualified.

Following a loss in the women’s wheelchair basketball final yesterday, the US evened the score against Canada by winning the men’s gold medal match 76-43.

In the bronze medal match, Colombia overcame Argentina 58-51 and join the US and Canada in securing a place at Tokyo 2020.

The US finished third after defeating Venezuela 7-0 in the bronze medal match.

Among the other sports in which medals were won today was badminton, with home favourite Pedro de Vinatea taking gold in the men’s singles SL3 event after overcoming Brazilian Zuffo 21-11, 21-3.

"These Games have been very emotional with the public and the noise and all that, but I have had to remain calm and focused to win every match," De Vinatea said.

It ensured a breakthrough gold medal for the London 2012 bronze medallist, who had taken individual Parapan American Games silver at Guadalajara 2011 and pairs silver at Toronto 2015.

Elsewhere today, American taekwondo fighter Evan Medell won the men's over-75 kilograms K44 title on the back of a 22-16 win over Mexico's Francisco Pedroza in the final.

Brazil added a further eight swimming gold medals to their tally as they finished comfortably top of the sport's standings with 53 golds, 45 silvers and 29 bronzes.

The country also ended at the summit of the powerlifting rankings, with the last of their six gold medals coming courtesy of Evanio Rodrigues in the men's combined 88kg and 97kg AH event.