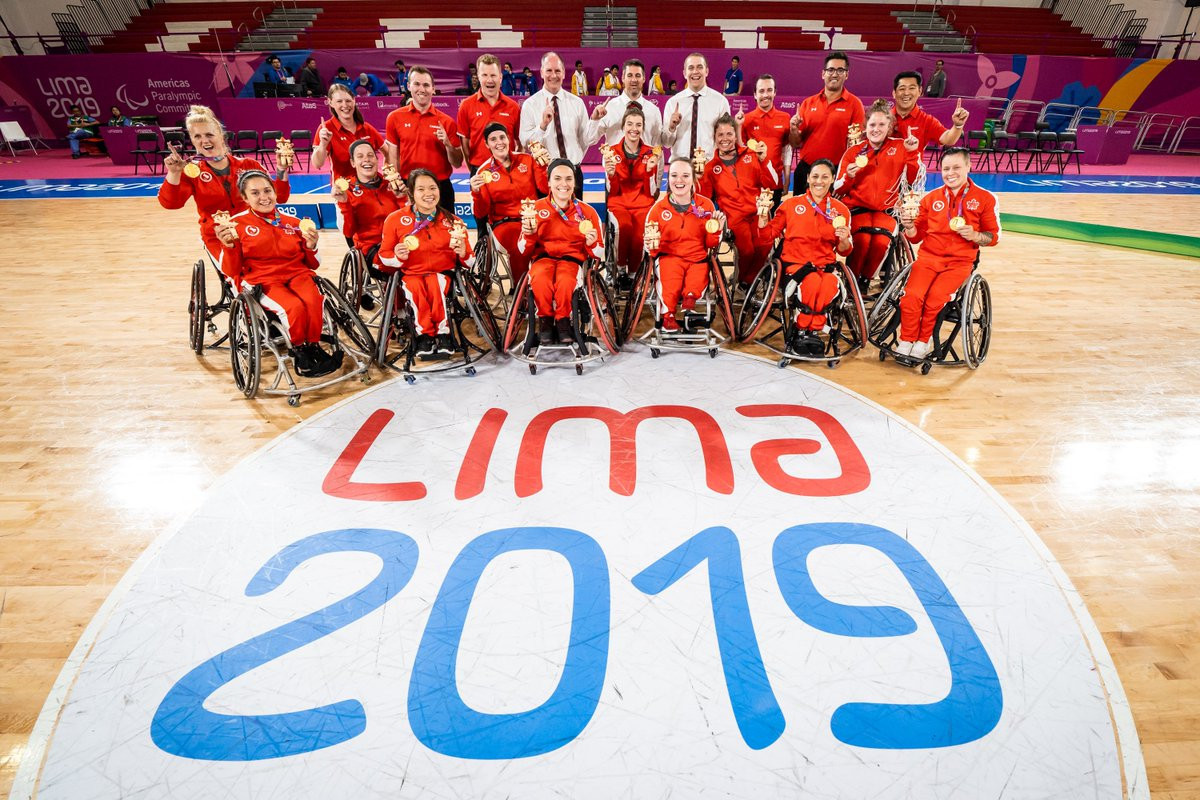 Canada snatched the women's wheelchair basketball title from the United States in a pulsating final at the Lima 2019 Parapan American Games, reversing the result of the gold medal-match at Toronto 2015.

The Canadians came from behind in the second half to beat the defending Parapan American Games champions 67-64 in the most compelling game of the tournament, at Sports Center 1.

The 29-year-old, who only took up wheelchair basketball in 2015, contributed a match-winning 25 points and 10 assists in what she called a "dream final".

"I've come a long way, that's for sure," Dandeneau said.

"Back then I could barely move a chair, so the idea of me being the one on that spot in this final was a million miles away.

Arinn Young also played a critical role, with 20 points of her own.

By reaching the final, both Canada and the US have qualified for the Tokyo 2020 Paralympic Games.

Check out our photo gallery 👉🏽 https://t.co/zd6F8Of4eS and relive the most exciting moments of day 9 of #Lima2019 Parapan American Games competitions! 😱 👏🏼 pic.twitter.com/U122v2mTHK

It came a day after the two players combined to win the men's doubles crown.

They were joined on the men's singles podium by Brazil's Daniel Rodrigues, a 6-2, 6-3 victor at the expense of the American Casey Ratzlaff in the bronze-medal match.

In road cycling, the US claimed two of the five gold medals on offer today.

Sandwiched between them in the runner's-up spot was Colombia's Daniela Munevar in 30:18.944.

Do you know which countries are leading the Parapan American medal table? 🥇🥈🥉 🤔 Don’t fall behind and learn the day 9 competition results here 👉🏽 https://t.co/bS4fvuaDgg@ParalympicsAPC_ pic.twitter.com/OZw14fyyEj

Brazil topped the other two taekwondo podiums thanks to wins for Silvana Mayara in the women's K44 under-58kg final and Nathan Sodario in the men's K44 under-61kg final.

History was made in powerlifting as Herbert Aceituno Lopez won El Salvador's first Parapan American Games gold medal in 20 years, with a 182kg lift in the men's up to 65kg event.

In swimming, Mexican swimmers Diego Lopez Diaz and Gustavo Sánchez Martínez both secured their fourth gold medals at Lima 2019 to take their country's tally in the sport to 22, a national record.

Lopez Diaz won the men's 50m freestyle S3 event in 47.11, while Sánchez Martínez came out on top in the men's 50m breaststroke SB3 final in a Parapan American record-breaking time of 54.23.