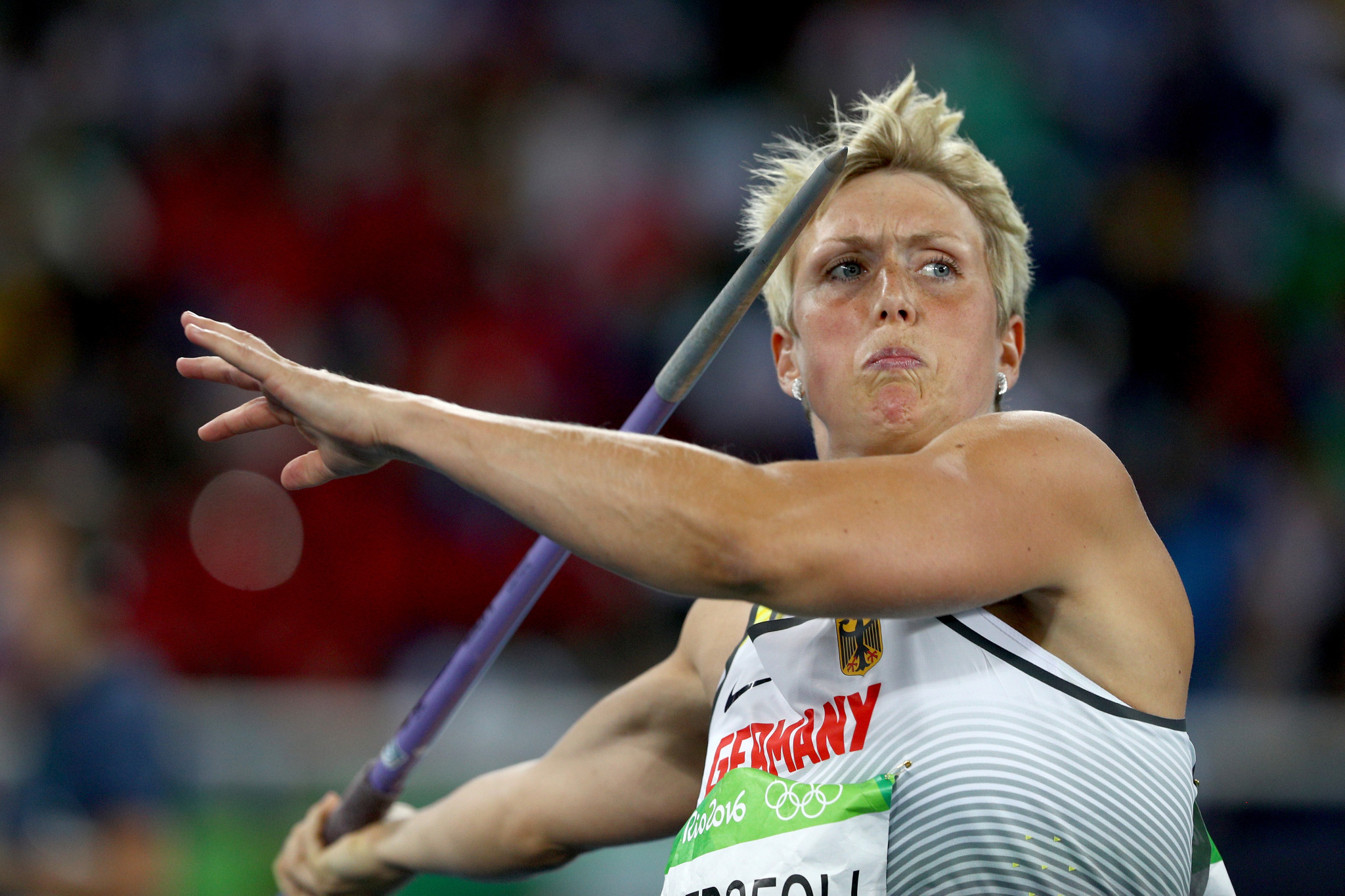 German javelin thrower Christina Obergföll called for more work to be done on anti-doping after receiving her upgraded 2008 Olympic silver medal, 11-years on from the competition.

Obergföll had finished third at Beijing 2008 but was upgraded to silver when the International Olympic Committee (IOC) announced that Russian runner-up Mariya Abakumova had been disqualified following a re-evaluation of samples.

Abakumova tested positive for the anabolic steroid turinabol with the decision announced in September 2016.

The Russian appealed to the Court of Arbitration for Sport which in 2018 upheld the IOC's original decision and confirmed her removal from the medals.

"Let's review one of my big sporting moments today with family and friends and end with the right medal," said 37-year-old Obergföll, who won gold at the 2013 World Championships in Helsinki.

"Still, I'm proud of being honoured, but despite everything, I believe the anti-doping struggle needs to be pushed even further.

"The perpetrators should be harassed and held accountable, and best of all, of course before or during the competition, so that the clean athletes are allowed to experience their ceremony at the right time and, secondly, to avoid their financial losses."

Hörmann added: "We feel this moment as a fair play day and we regret at the same time that Christina Obergföll had to wait 11 years for this moment, but it is better late than never."

In a video message Germany's IOC President Thomas Bach said the award represented "a day of justice" for Obergfoll.

Briton Goldie Sayers had finished fourth and was upgraded to the bronze medal position.

She received her medal during the Anniversary Games in London in July.