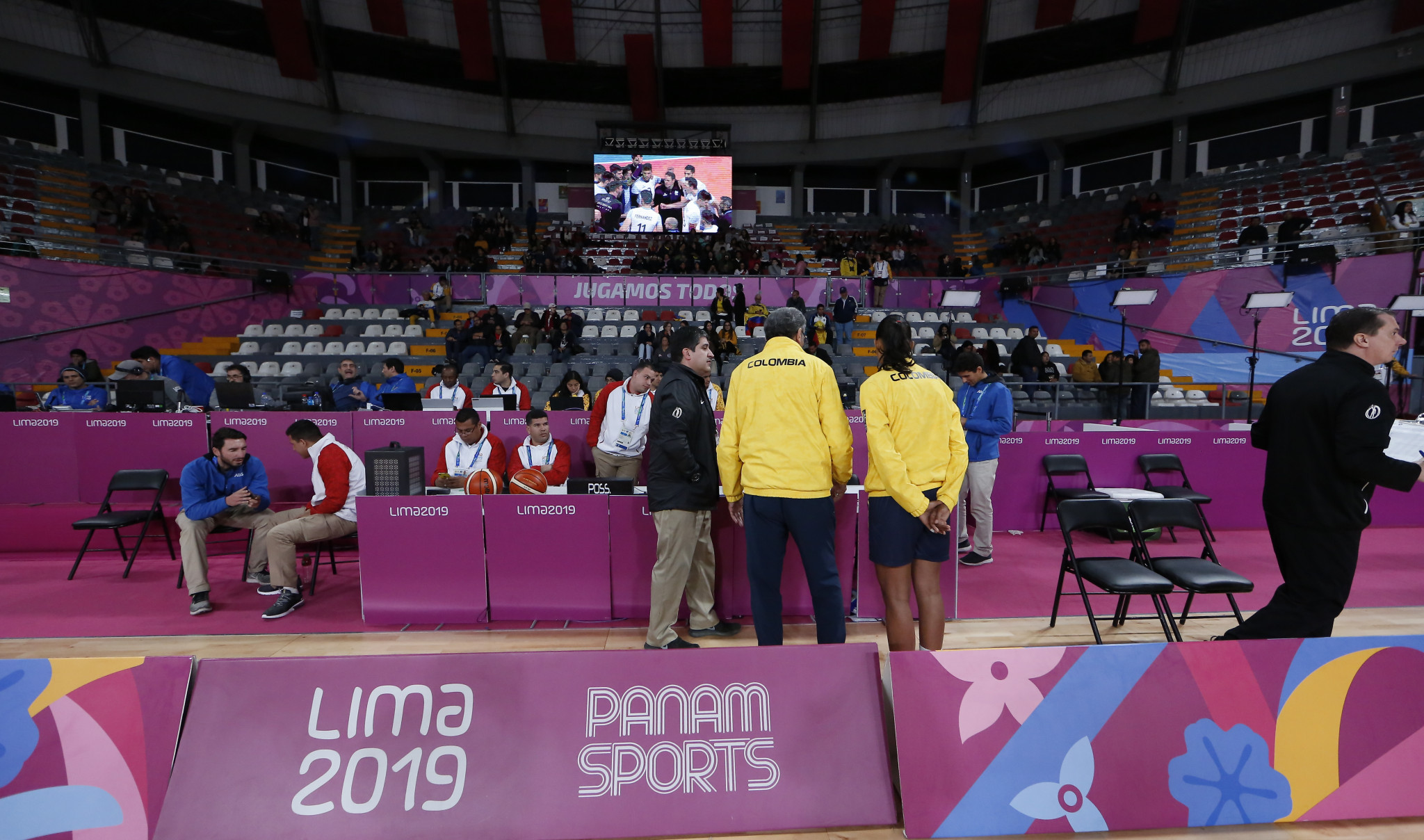 The Argentine Basketball Confederation (CABB) will consider the resignation of two officials after their women's basketball team were eliminated from the Lima 2019 Pan American Games after being forced to forfeit a match against Colombia due to having the wrong team kit.

Argentina had been required to wear a white shirt in the second Group B match of the tournament, with Colombia due to wear dark blue at the Coliseo Eduardo Dibos venue today.

Both teams ultimately were seen in blue kits, leading to discussions as to whether the match could go ahead.

The CABB said the distance between the Pan American Games village and the venue prevented them from bringing the correct shirts to the venue within the time frame required by Panam Sports for the match to take place.

"The team showed up with a blue jacket when they had to do it with the white one and, after exceeding the stipulated waiting time, lost the points to Colombia," a CABB statement read.

"The Argentina women's national team lost the points of their match against Colombia, after having failed to choose the color of clothing required by the tournament organisation.

"The team had to present themselves with the white coat and arrived at the stadium with the blue one.

"The serious mistake was attempted to correct but the hour of distance between the Pan American Village and the stadium did not allow the corresponding shirts to arrive within the regulatory deadlines.

"The Colombian delegation claimed the points and, exceeding the expected waiting times by Panam Sports, it was decided to give up the game 20 to 0, decreeing, in this way, its elimination from the Pan American Games in Lima."

The walkover meant Argentina had lost back-to-back matches at the tournament.

It followed their 70-62 defeat to the United States yesterday.

Argentina had finished fifth at the Toronto 2015 Pan American Games and the 2017 FIBA Women's AmeriCup runners-up were among the top four seeds in Lima.

The CABB confirmed the delegation's team leader, Hernán Amaya, and the director of women's basketball development, Karina Rodríguez, had offered their resignations following the incident.

The resignations are expected to be considered by the CABB board.

Writing on Twitter, Amaya said he had taken "full responsibility" for the mistake.

He also defended the CABB, insisting the organisation had been supportive of the women's national team.

"It is one of the saddest moments of my career," he tweeted.

"I take full responsibility for what happened.

"I have already submitted my resignation.

"I just want to clarify that during all these years, CABB has worked as never before in support of our activity.

"For the first time we were heard, they allowed us to grow, bet and invested in development.

"May MY mistake not serve as an erroneous argument."

A Lima 2019 statement confirmed Colombia had been awarded a walkover.

"The Colombia team has been awarded a walkover in their preliminary round of women's basketball against Argentina, after the party authorities determined that the Argentine team did not have the correct shirts," Lima 2019 said.

"The tickets for this session will be valid for the Thursday morning session.

"Ticket holders are also entitled to a full refund."

The result effectively secures Colombia's progression to the semi-final stage of the competition with two victories.

This will be confirmed should the United States beat the US Virgin Islands in their group match later today.

The group phase will conclude tomorrow.