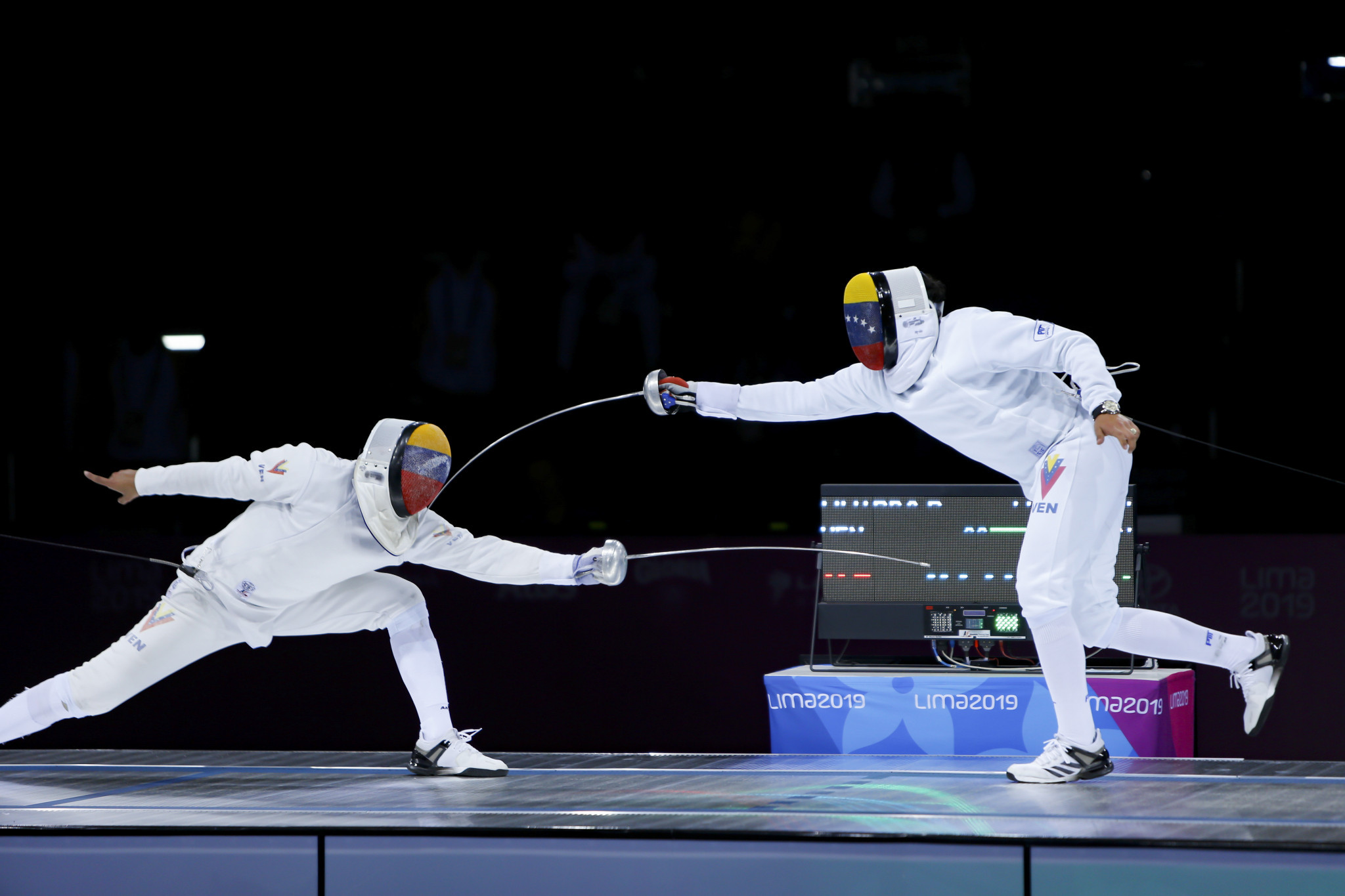 The Venezuelan pairing battle through the early rounds at the Lima Convention Centre on the first of six days of fencing competition.

Rubén, the London 2012 Olympic champion, progressed to the gold medal match by recording a narrow 10-9 win over Cuba’s Yunior Reytor.

He would prove no match with Rubén in the gold medal match, as his sibling secured a 15-8 win to clinch gold.

It also marked a repeat of the Pan American Championships event earlier this year, where Rubén had also emerged as the winner.

Rubén has now won the men’s title at three consecutive Pan American Games, having also triumphed at Guadalajara 2011 and Toronto 2015.

He memorably won Venezuela's first Olympic gold since 1968 when he triumphed back at London 2012.

Jesus reflected that it was an honour to face his brother in the final of the Pan American Games.

He added that he hoped their success would bring joy to people in Venezuela.

The country is currently in the midst of an economic and political crisis, which has led to around four million people leaving the nation in recent years.

“I feel very happy to give this victory to Venezuela," he said.

“I am happy that Rubén and I won the gold and silver medals we came to look for.

“I am proud and happy to face my brother, I have faced it twice in a final, both times I have lost and I have the bitter taste, but I am young, I can win later.

“I think that life is not easy, we will always face complicated situations.

“Now that Venezuela is not in a good moment, we can at least give this joy to our people.

“We have the opportunity to give Venezuela a high”.

The Olympian beat Brazil's Bia Bulcão 15-3 in the semi-finals, before securing a 15-10 victory over Canada's Jessica Guo in the gold medal match.

Canada's Eleanor Harvey, who had lost 14-12 to her team-mate Guo in the semi-finals, completed the podium places.

In the men's handball competition Argentina booked their place at the Tokyo 2020 Olympic Games by beating Chile in the gold medal match.

Chile were hoping to secure a maiden appearance at an Olympic handball tournament, but saw their hopes ended by Argentina.

A close match ended with Argentina securing a 31-27 win to seal a third straight Olympic appearance.