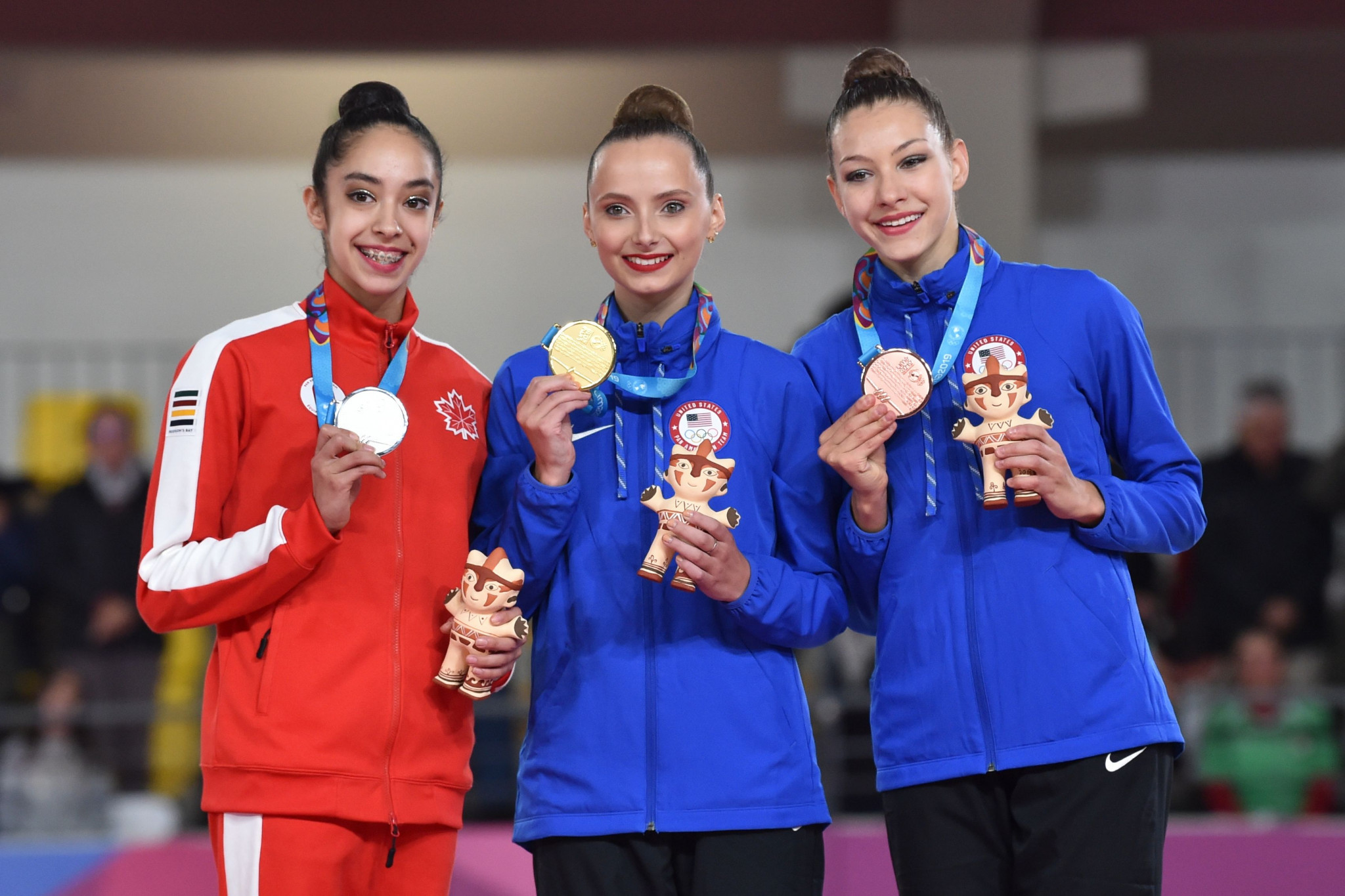 Feeley's compatriot Evita Griskenas had dominated in every discipline so far, having triumphed in the individual all-around, hoop and ball.

She had to settle for third in clubs, however, with Feeley recording the winning score of 17.950 at Villa El Salvador.

It was Feeley's fourth medal of Lima 2019 after finishing second in all-around and third in hoop and ball.

"It feels accomplishing," she said.

"This competition has been a great test for me to see how I can manage myself and how I work around a big crowd, a big stadium.

"It's been a good preparation for future events, like the world championships."

Normality resumed in the ribbon event, with Griskenas earning gold on 17.950 points.

Brazil's Barbara Domingos was the silver medallist with 17.450, while Mexico's Karla Diaz scored 16.200 to take bronze.

Rhythmic gymnastics came to an end here with the three hoops and two pairs of clubs group competiton.

Canada did the double in trampoline gymnastics, winning both the men and women's events.

Jeremy Chartier claimed the men's gold medal by a narrow margin, achieving a score of 57.440 to take the top spot on the podium.

Silver went to Jeffrey Gluckstein of the US on 57.290, with his team-mate Ruben Padilla ending third on 57.160.

The women's title went to Samantha Smith with a score of 53.735, finishing ahead of the American Nicole Ahsinger on 52.540.

Bronze was awarded to Mexico’s Dafne Navarro on 52.510.

There was more success for Canada in the women's diving one metre springboard, with Jennifer Abel emerging victorious with 374.25 points.

Mexico's Dolores Hernandez was the silver medallist with a score of 339.60, while Brooke Schultz of the US completed the podium with 334.85.