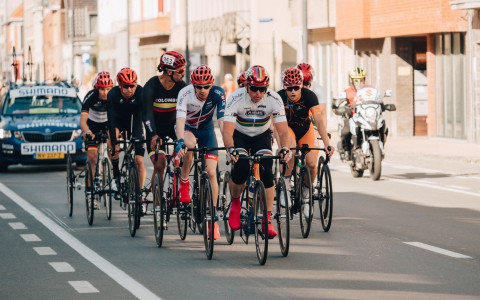 Nearly three months after the previous round of the 2019 International Cycling Union Para-cycling Road World Cup was held in Ostend in Belgium, the three-part competition finally concludes this week.

Competitiors are due to race on the streets of Baie-Comeau in Canada, a city to the north-east on Montreal, from tomorrow until Sunday (August 8 to 11).

All races are set to start and finish on the central street of Joliet Boulevard take place on circuits of a 9.45 kilometres course.

The time trial events will take place on tomorrow and Friday (August 9), with the individual road races then being competed over the weekend.

Hundreds of athletes from 35 nations will take part in 46 different events across a packed four days of competitions.

Among the leading contenders will be Paralympic time trial champion Shawn Morelli of the United States, who triumphed in the women's C4 road race in Ostend.

Britain's double Paralympic medallist Katie-George Dunlevy and guide Eve McCrystal will also be seeking a second successive gold in the women's B classification, as will The Netherlands' Paralympic gold medallist Tristan Bangma and guide Patrick Bos clinched the men's B, although current world rankings leader Marcin Polak of Poland will be stiff competition.

Three-time Paralympic gold medallist Carol Cooke of Australia has also proved this year that, at the age of 57, she can continue to race with the very best, having won two gold medals in Ostend.

Cooke, winner of both the time trial and road race event back in May, leads the elite T2 road world rankings by just two points from Germany's Jana Majunke.