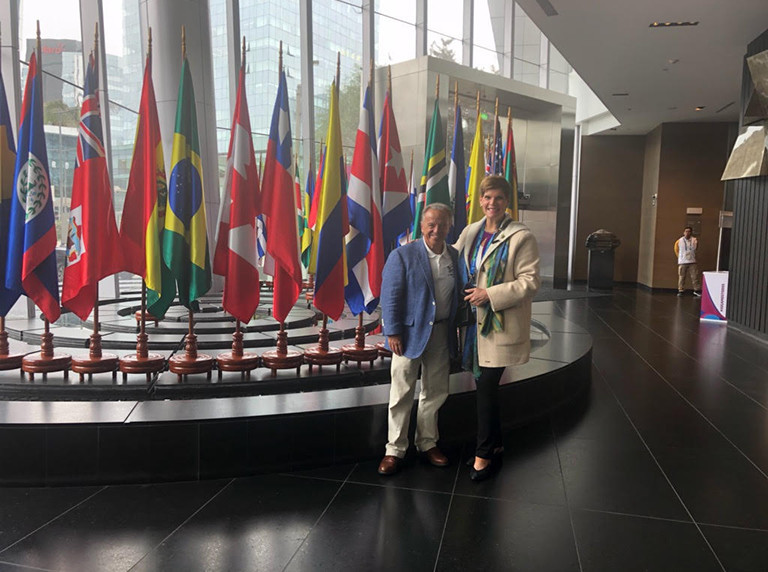 He had also had a discussion with Panam Sports President Neven Ilic, alongside IFBB special advisor Santiago Estrada.

He has since met with IOC Executive Board member Nicole Hoevertsz and Brazilian Olympic Committee President Paulo Wanderley Teixeira.

Bodybuilding is set to make its Pan American Games debut at Lima 2019.

Taking place at Coliseo Mariscal Caceres on August 10, some 32 athletes are expected to compete.

Bodybuilding is one of 39 sports featuring at Lima 2019, with action lasting until August 11.

Despite being included on the Lima 2019, bodybuilding was omitted from the initial programme for Santiago 2023.