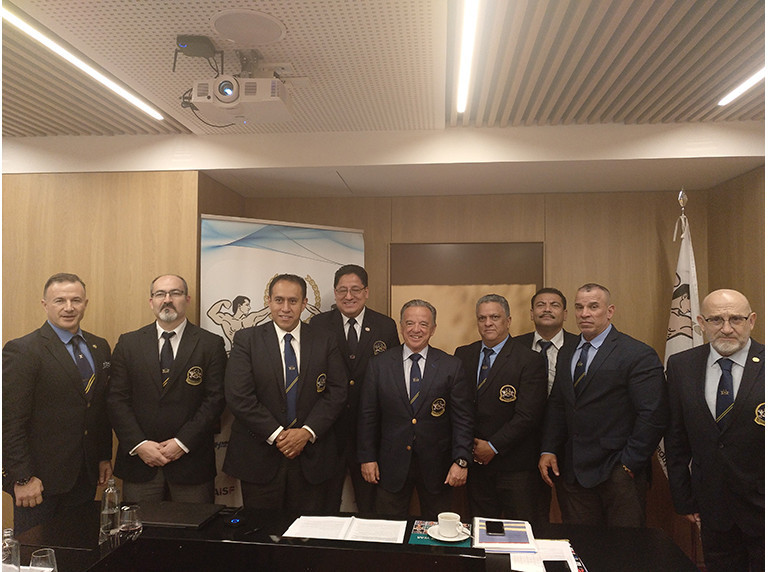 Fitness and bodybuilding officials from the Americas gathered in Spanish capital Madrid to discuss the issues facing the sport in the region.

The meeting took place at the headquarters of the International Federation of Fitness and Bodybuilding (IFBB) and was attended by IFBB President Rafael Santonja.

All three IFBB vice presidents from the Americas were also part of the discussions - Marco Camezas for North America, Eduardo Abdalah for Central America and Juan Paredes for South America.

Giovanni Arendsz, the President of the Central American and Caribbean Fitness and Bodybuilding Federation, was another to attend.

Issues discussed included this month's South American Games in Rosário in Argentina, where fitness and bodybuilding has been included on the sports programme between March 20 and 23.

The Pan American Games in Peru's capital Lima, taking place between July 26 and August 11, was also on the agenda.

Before those Games, the Miss & Mister IFBB Cup will be hosted in Lima in April.

Santonja said that the Americas calendar of events should include 20 Pro Qualifier events and 10 Elite Pro events.

It is claimed that this represents growth in the region.