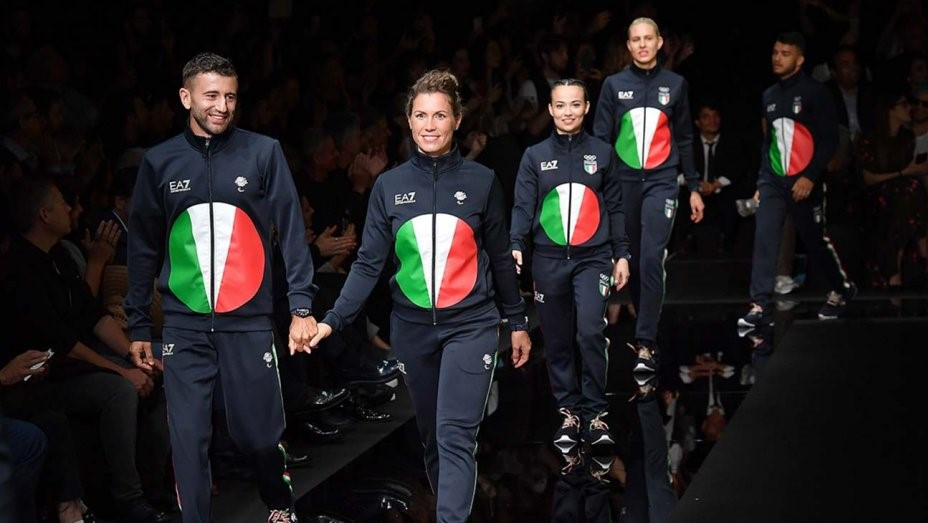 Olympians and Paralympians took to the catwalk as Giorgio Armani unveiled the Italian uniforms for Tokyo 2020 at the end of his Spring/Summer 2020 Emporio Armani collection launch in Milan.

The athletes, which included 20 Olympians and nine Paralympians, took over the presentation as Italy's look for next summer's Olympic and Paralympic Games was revealed in Italy's fashion capital.

"I always find it stimulating to look for new solutions for athletes’ uniforms, which must be stylishly elegant, yet also practical to use," Armani, who has designed Italy's uniforms since London 2012, said.

The EA7 uniform comprises a soft jersey jacket, polo t-shirt and trousers, with "Italia" written on the back.

The Italian flag has been transformed into a circle shape and features on the front of the jacket and shirt, while matching black trainers feature red, white and green laces.

The inside collar of the jacket has the words "Fratelli d'Italia" - "Brothers of Italy" from The Song of Italians, the country's national anthem.

The lyrics of the anthem have been printed over a traditional Japanese temple, on a tag inside the jacket.

Wheelchair fencer Bebe Vio, who has previously inspired work from designer Christian Dior, was joined by racing driver and Paracyclist Alex Zanardi, to model the uniforms in Milan.