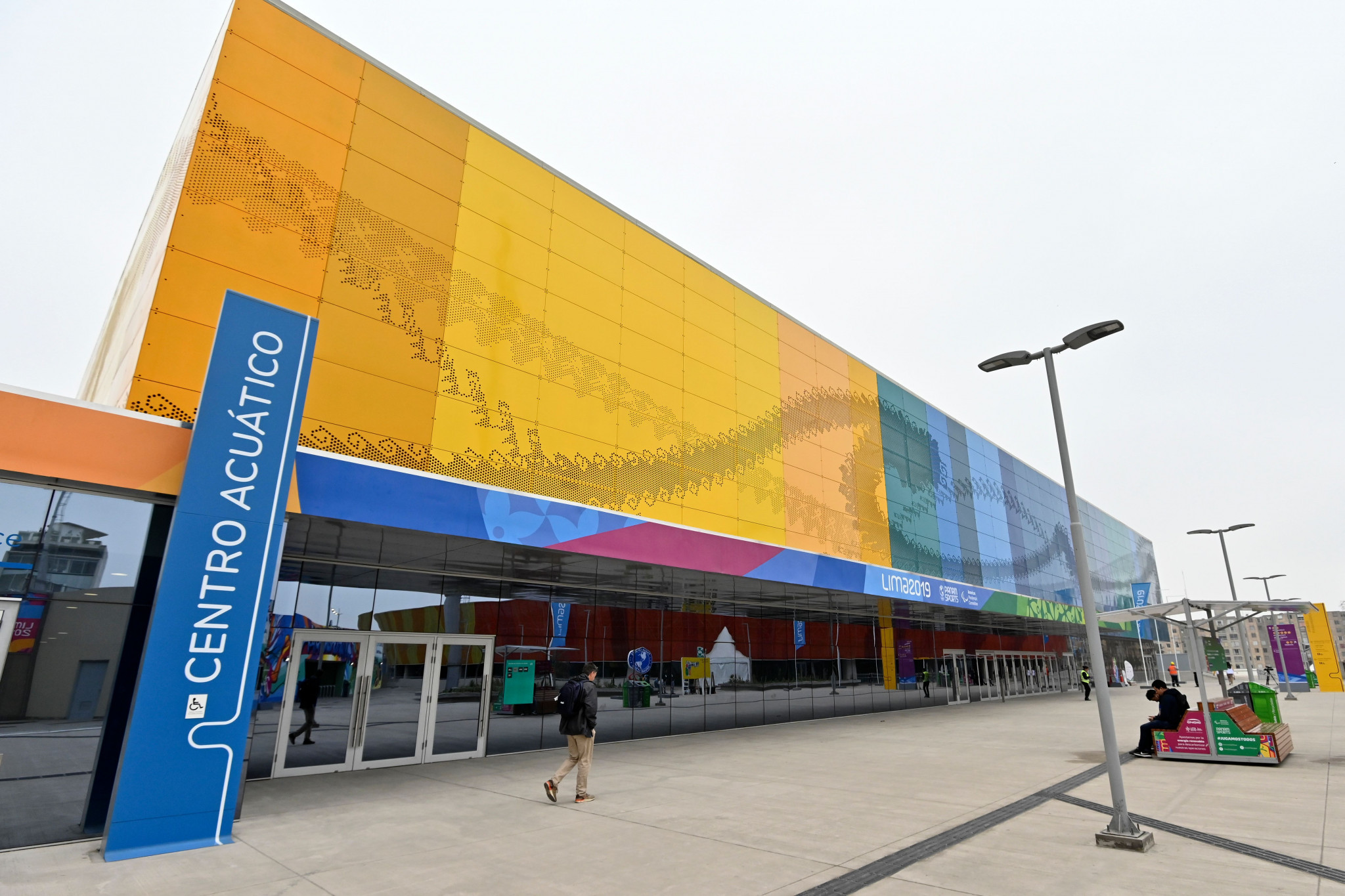 Carlos Neuhaus has targeted having self-sustainable venues following the Lima 2019 Pan American Games, which can host international sporting competitions and be used by the local population.

The build-up to the Pan American Games had largely been centred around whether key venues would be completed in time, following early delays to construction.

Both the aquatic centre and neighbouring velodrome at the VIDENA Sports Complex were completed in the final months prior to the Games.

The aquatic centre features the first Olympic-size swimming pool in the Peruvian capital and has a capacity of 5,000.

The velodrome has a capacity of around 2,300 and features a 250-metre track made of African wood and a roof.

A new 6,000 capacity stadium for athletics is adjacent to the aquatic centre and velodrome, with the recently installed track made of materials similar to those used for the 2012 Olympic Games in London and that will be used for Tokyo 2020 next year.

Venues were also completed at the Callao Regional Sports Village and Villa María del Triunfo, with the latter hosting baseball, hockey, rugby and water pool at the Games.

A new equestrian centre at the Army Riding School was also delivered.

Despite the early construction difficulties, Lima 2019’s venues have received praise from Panam Sports and federations.

Thoughts have begun to turn towards the legacy of the facilities, which had been tipped as having the potential to turn Peru into one of the sporting capitals of the Americas.

Neuhaus told insidethegames he would be happy to help turn this into a reality.

The Lima 2019 President said national federations had begun talking about the prospect of holding international events in venues after the Games, while work was underway to ensure the facilities would be sustainable long-term.

“Some of the Peruvian federations are thinking about junior world championships, such as athletics,” Neuhaus said.

“I see that National Federations are becoming enthusiastic about securing more tournaments.

“I think the Games, particularly after the Opening Ceremony, has really increased attention to Peru.

“We are working on the legacy and we hope to soon make an announcement on how we are going to do it.

“Our aim is to ensure the facilities are all self-sustainable, so the Government do not have to put money towards maintenance.

“We have tried to do this on the size we need after the Games.”

Several venues for Lima 2019 are set to be used by national federations in Peru as high-performance training centres following the Games.

It is hoped the venues could assist Peruvian sporting success internationally, with the country having previously won only four Olympic medals in its history.

Peru have already surpassed their medal haul from the Toronto 2015 Pan American Games here in Lima.

Neuhaus suggested the country’s medal haul at the conclusion of the Games could be surpassed in four years’ time in Santiago as consequence of the new training facilities.

“We will have people come here to train in the facilities," he said.

“There are many swimming pools, but not of the standard we have now.

“People here are mainly fans of football and volleyball, we have a lot of people competing in surfing which has developed quite a bit.

“Now cycling is a great opportunity, as well as sports like gymnastics which saw a big attendance.

The Lima 2019 President expressed his hope the venues at Villa María del Triunfo, considered one of the less affluent parts of the city, could give opportunities for more people to participate in sport.

“We have put venues there on purpose,” he said.

“There are more than one million people living in that area and they do not have the resources that maybe other people from more affluent areas of Lima have.

“That will serve as a legacy for young people to do sport.

“These facilities will provide a boost.

“Probably in the next Games Peru will perform even better as a lot of kids will get interested in sports and instead of wandering around the streets they can come to these facilities and get good training.”