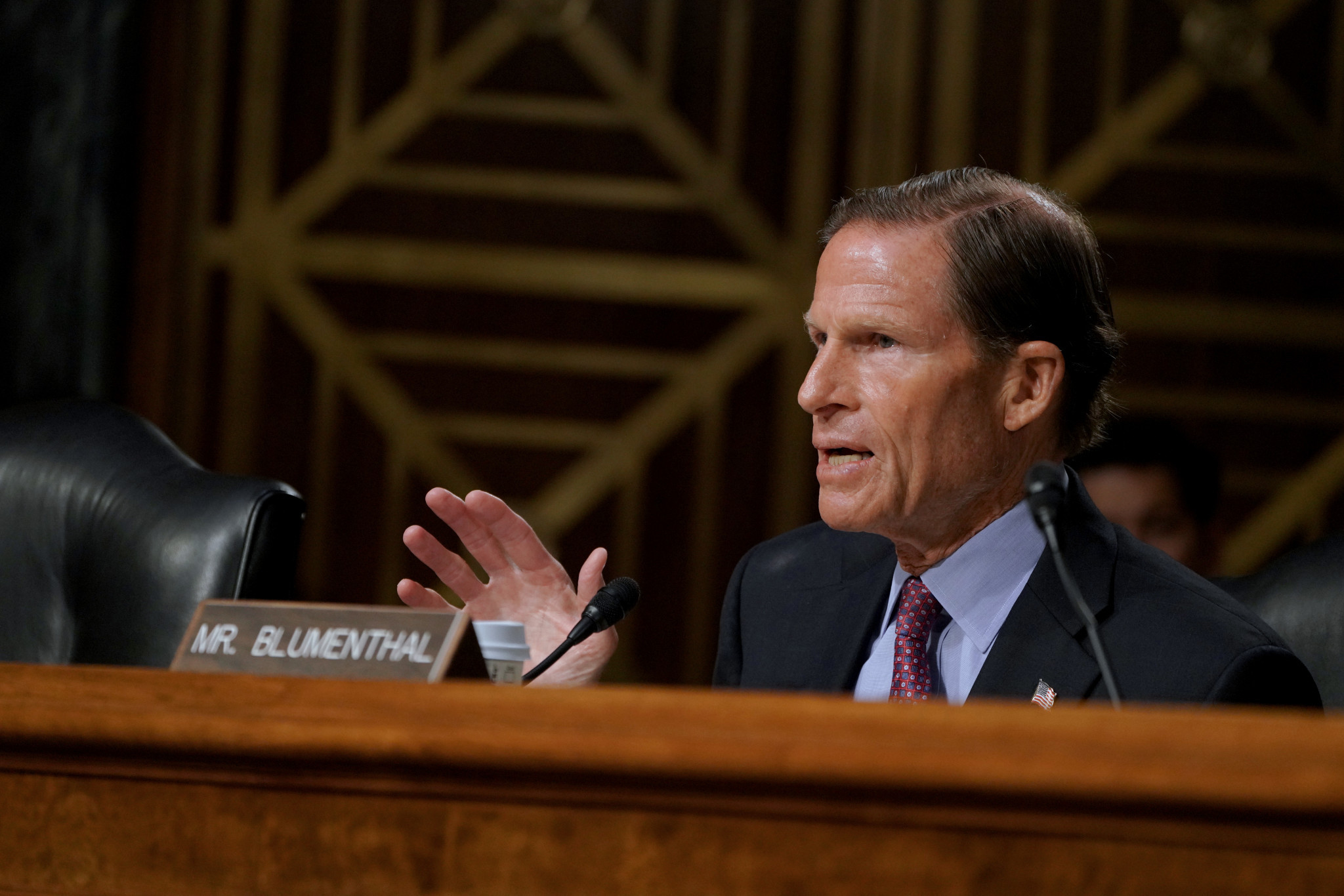 The United States Olympic and Paralympic Committee (USOPC) is facing an Act of Congress to help make sure the string of recent sex abuse scandals is not repeated.

A Senate Commerce subcommittee, led by Senators Jerry Moran and Richard Blumenthal, has introduced the bill to that effect today following a damning 18-month investigation which determined that the USOPC and various national governing bodies (NGBs) in Olympic sports essentially "turned a blind eye" to the scandals.

This was especially the case with USA Gymnastics' former team doctor Larry Nassar, who sexually abused more than 300 athletes over two decades.

If approved, the Empowering Olympic and Amateur Athletes Act of 2019 would mandate significant reform of the USOPC governance structure in three key areas.

Among them is increasing the legal liability for the USOPC and the 47 individual sport-specific governing bodies under its umbrella, such as USA Gymnastics, for incidents of sexual abuse by coaches and employees.

Additionally, the USOPC would be required to keep up a public list of all banned coaches, to ensure they are not simply re-hired elsewhere.

Furthermore, Congress would have the right and means to dissolve the ­USOPC’s Board of Directors if it finds that it is failing to fulfil its purposes as described in the Amateur Sports Act of 1978, as well as to decertify individual sports’ governing ­bodies for their failures.

Another key area is giving athletes a bigger voice in the governance of the USOPC and in their respective sports, with the representation of athletes on the Olympic Committee’s Board going up from one-fifth to one-third.

Athletes' representation in each sport’s governing body would also rise to the same level, from one fifth to one third.

The third key area would be strengthening the US Center for SafeSport, a national non-profit organisation providing education, resources and training to promote respect and prevent abuse in sport.

The bill would require the USOPC to give the US Center for SafeSport $20 million (£16 million/€18 million) in annual funding to do its work more effectively.

It would also need US Center for SafeSport to publish and maintain a publicly available website that includes a full list of individuals who are banned from the USOPC or a NGB.

"Larry Nassar was not a lone wolf," Blumenthal was reported as saying by USA Today.

"He was enabled and emboldened by people in positions of trust who looked the other way in the face of this crushing, ongoing, vile evil.

"The institutions and individuals failed those athletes.

"We’re now at a moment of reckoning."

Moran added: "No longer would the USOPC be able to say, 'that’s an NGB issue'.

"It is now made clear they have oversight over those national governing bodies in these circumstances."

Moran and Blumenthal last year asked the US Department of Justice to investigate whether former USOC chief executive Scott Blackmun, who was forced to resign in February 2018, lied in his Senate testimony about his handling of the Nassar scandal.

A report in 2018 stated Blackmun had been aware of the allegations against Nassar more than a year before they became public but did not act on that knowledge.

A financial report recently revealed that Blackmun received a $2.4 million (£2 million/€2.2 million) severance from the Board of the USOC, which changed its name last month to incorporate the Paralympic Movement.

"If there were any way for the US Olympic Committee to avoid this payment, they should have or should now make use of it, because it’s inexplicable and inexcusable," Blumenthal was reported as saying by USA Today.

"Blackmun in effect was one of the poster boys for what went wrong here."

Blackmun’s successor Sarah Hirshland said in a statement that the legislation put forward was consistent with the reforms the USOPC has already undertaken.

She added, however, that it raised an unspecified concern about "unintended consequences".

"We applaud Congress for their continued work on this critically important issue," Hirshland said.

"There are sections in the proposed legislation that, while conceptually appropriate, could result in unintended consequences and disruption for athletes in operational reality.

"We look forward to working with Senators Moran, Blumenthal and others in Congress to address these areas, make athletes more safe, and make Olympic and Paralympic organisations in the US as exceptional as the athletes they serve."

USA Gymnastics President and chief executive Li Li Leung claimed in a statement that her organisation had also implemented many amendments the panel deemed necessary.

"We, as an organisation, not only have increased accountability to our membership, but also to the United States Olympic and Paralympic Committee and the US Center for SafeSport," she said.

"We pledge to become a community of education, prevention and care, and acknowledge and accept that we need to and can do better for our athletes and the community as a whole.

"We admire the survivors' courage and strength in sharing their stories, and our goal is to do everything we can to prevent the opportunity for it to happen again."

Overhauling the structure of the USOPC Board to increase athlete representation and changing the general culture of the organisation were among the key recommendations made recently in the final report from the Athlete and NGB Engagement Commission.

The report from the group, known as the Borders Commission, was published earlier this month after it conducted a nine-month analysis of the USOPC following the series of scandals which have rocked sport in the US.