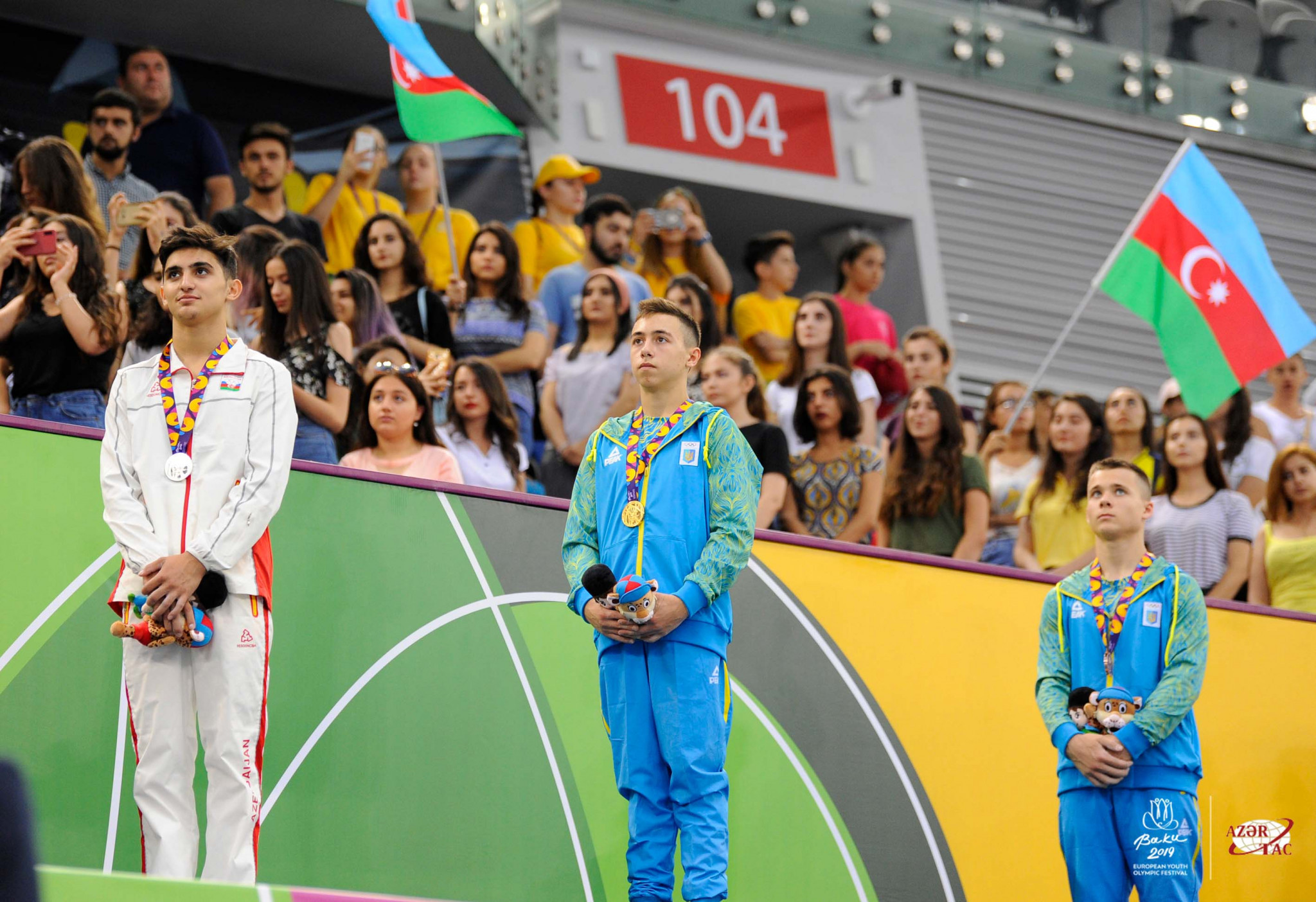 World junior all-around champion Viktoria Listunova carried on her winning ways as she collected two more golds in the individual apparatus at the Summer European Youth Olympic Festival in Baku.

Meanwhile, in the men’s apparatus finals at the National Gymnastics Arena, Ukraine’s Nazar Chepurnyi also won two titles and only missed out on a triple gold by one place.

Listunova won the girls’ uneven bars final with a total of 14.300 points.

Silver went to compatriot Irina Komnova with 13.733, ahead of Romania’s Ioana Stanciulescu, who totalled 13.366.

In the girls’ vault, the Russian triumphed with 14.166, as Ukraine’s Anastasiia Motak took silver with 14.016 and Romania’s Silviana-Maria Sfiringu-Gheorge earned bronze with 13.983.

Chepurnyi won the boys’ floor exercise with 14.300, ahead of compatriot Ilia Kovtun, the boys’ all-around champion of the previous night, who scored 14.000, and Russia’s Ivan Kuliak, the all-around silver medallist, who totalled 13.966.

But Chepurnyi had to settle for silver in the boys' rings final as his score of 13.466 points proved sufficient only for silver behind Russia’s Mukhammadzhon Iakubov, who won with 13.500 points.

On the final night of competition in Baku Aquatics Centre, the pool was awash with EYOF records.

A new mark in the 50m freestyle of 25.34 came from Romania’s Bianca Costea.

And Russia’s Ilya Borodin earned his own EYOF record in the boys’ 400m individual medley with a time of 4:20.05.