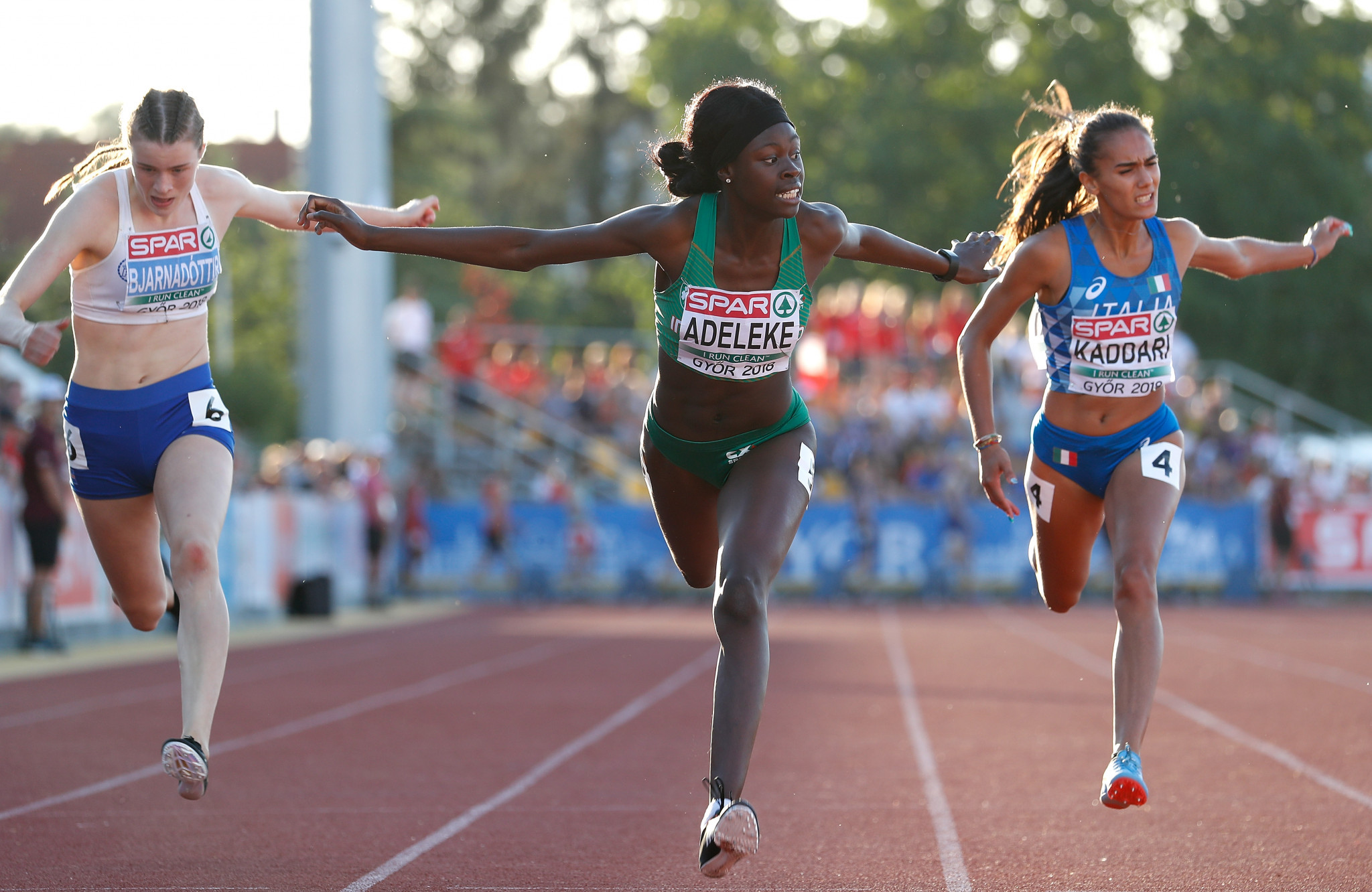 Ireland’s Rhasidat Adeleke, already girls’ 100 metres champion, completed a sprint double as she won the girls’ 200m title on the fourth day of the athletics programme at the Summer European Youth Olympic Festival in Baku.

Adeleke won in 23.92sec in Tofiq Bahramov Stadium, with silver going to Hungary’s Mira Koszegi in 24.15 and bronze to France’s Serena Kouassi, who recorded 24.40.

Silja Kosonen of Finland won girls’ hammer gold with an EYOF record of 72.35m, with Rachele Mori of Italy second on 69.04 and Germany’s Esther Imariagbee third with 68.98.

Bulgaria’s Valentin Andreev won the boys' hammer gold with 82.72m, ahead of Germany’s Merlin Hummel, who threw 81.06, and Jean-Baptiste Bruxelle of France, who threw 78.44.

Sarah Vogel of Germany won the girls’ pole vault with 4.06m, with silver going to Clara Fernandez of Spain, who cleared 3.85, and bronze to Denmark’s Klara Loessl, who also had a best of 3.85.

Finland’s Saga Vanninen won the girls’ heptathlon title with 5,913 points from Norway’s Henriette Jaeger, who scored 5,835, and Anastasia Dragomirova of Greece, who scored 5,817.

Silver went to Britain’s Ondine Achampong with 52.950 and bronze to Russia’s Iana Vorona, who scored 52.550.